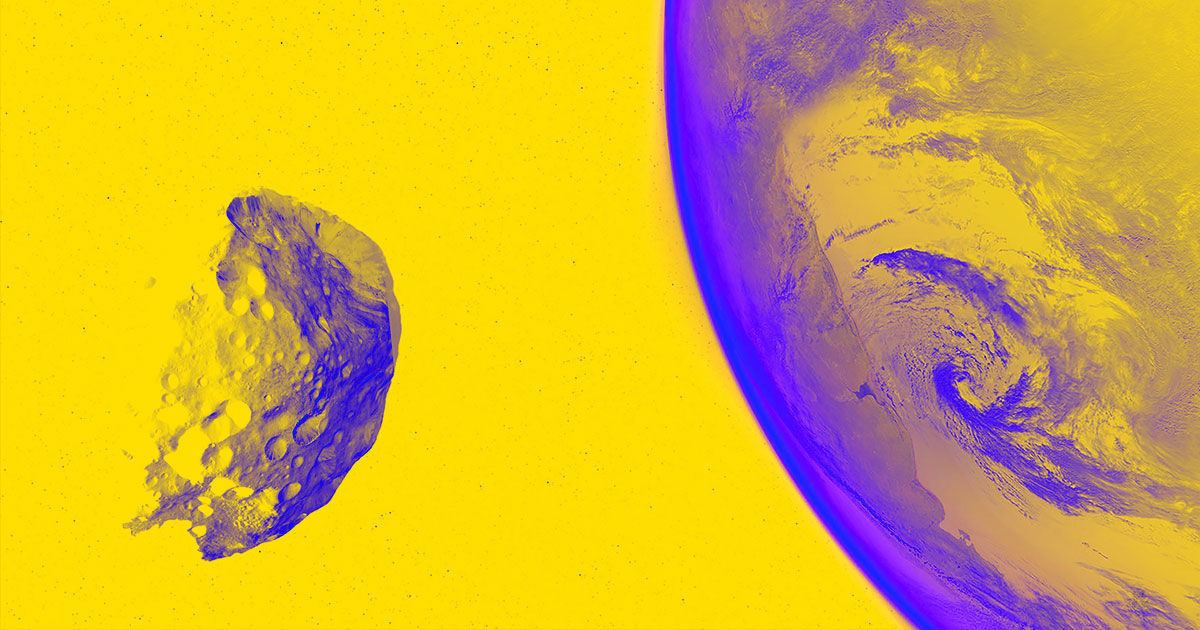 A giant asteroid the size of a car showed up on the University of Hawaii’s survey telescopes mere hours before it entered the Earth’s atmosphere about 240 miles south of San Juan, Puerto Rico. At the time of first observation, the asteroid was just farther out than our Moon – at about 500,000 km from Earth (the Moon sits at 384,400 km).

Luckily, it didn’t pose any real threat to the humans below, but the technology used to detect it could help alert humans to future potential impacts. The incident proves that the asteroid alert systems “can provide sufficient warning to move people away from the impact site of an incoming asteroid,” according to a press release.

It’s also exceedingly rare that this happens, as Live Science points out: it’s only the fourth time in history that scientists spotted an asteroid this close to impact — all four within the last 11 years.

The 13-foot asteroid called 2019 MO burned up in a gigantic fireball, the equivalent of 6,000 tons of TNT exploding, according to the Jet Propulsion Lab’s Center for Near Earth Object Studies (CNEOS).

Nearby satellites were also able to spot the asteroid and its fiery explosion from space.

2019 MO may seem huge, but it’s practically dwarfed by the gigantic meteor that exploded over Russia in 2013 — that one was five times as large (66 feet), exploding with almost a hundred times the energy.

Scientists Now Believe Black Holes Could Be Portals to Other Galaxies

In Christopher Nolan’s epic 2014 science fiction film Interstellar, a rogue splinter group of scientists constituting the collapsed remnants of NASA hatch a plan to save Earth from environmental collapse by searching for potentially habitable planets in a distant galaxy. They get there by traveling through a wormhole and using the gravitational slingshot velocity of a […]