As India suffers the world’s worst coronavirus crisis, our New Delhi bureau chief describes the fear of living amid a disease spreading at such scale and speed.
Crematories are so full of bodies, it’s as if a war just happened. Fires burn around the clock. Many places are holding mass cremations, dozens at a time, and at night, in certain areas of New Delhi, the sky glows. 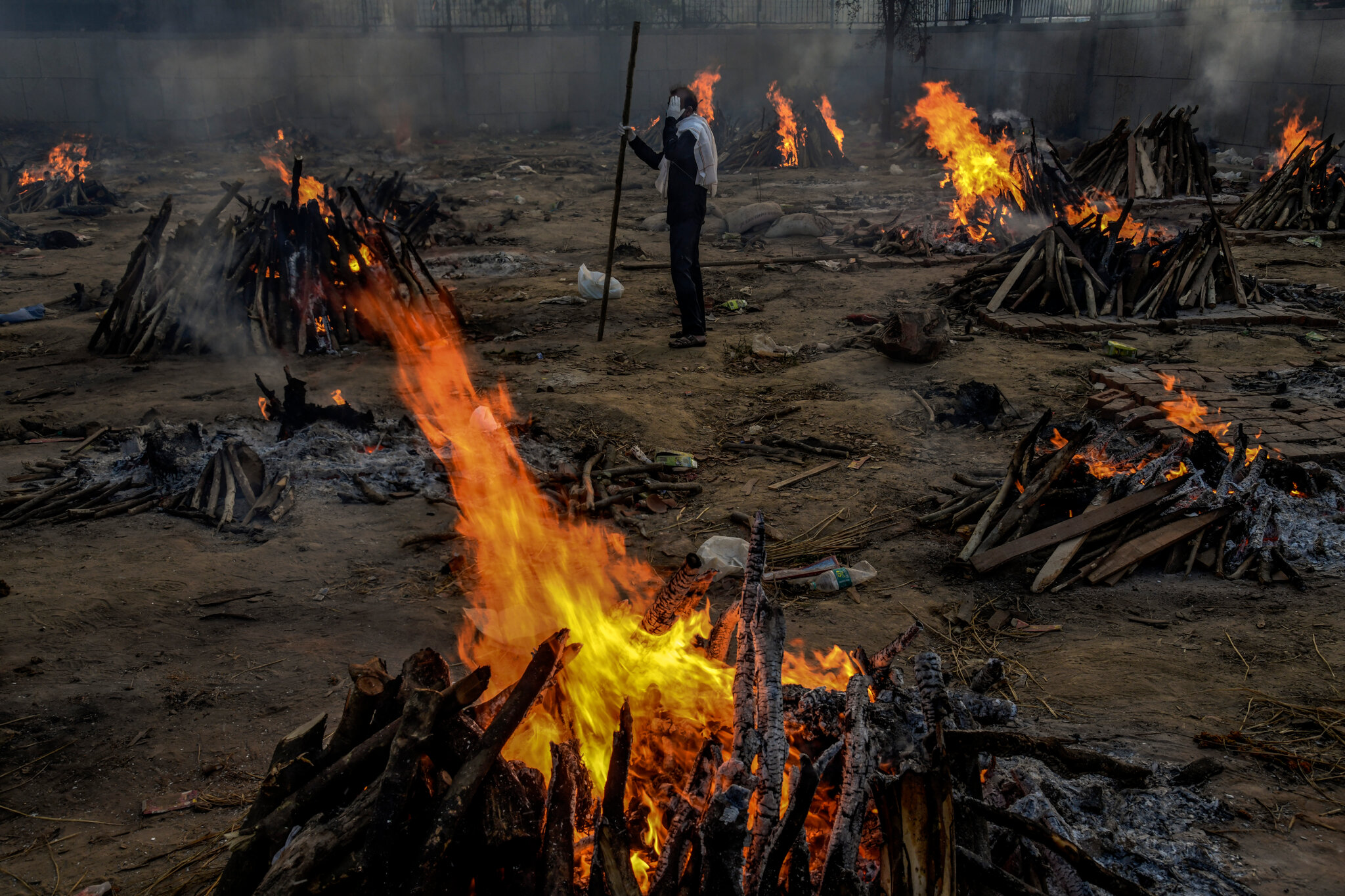 Sickness and death are everywhere.

Dozens of houses in my neighborhood have sick people.

One of my colleagues is sick.

One of my son’s teachers is sick.

The neighbor two doors down, to the right of us: sick.

Two doors to the left: sick.

“I have no idea how I got it,” said a good friend who is now in the hospital. “You catch just a whiff of this…..” and then his voice trailed off, too sick to finish.

He barely got a bed. And the medicine his doctors say he needs is nowhere to be found in India.

I’m sitting in my apartment waiting to catch the disease. That’s what it feels like right now in New Delhi with the world’s worst coronavirus crisis advancing around us. It is out there, I am in here, and I feel like it’s only a matter of time before I, too, get sick.

New Delhi, India’s sprawling capital of 20 million, is suffering a calamitous surge. A few days ago, the positivity rate hit a staggering 36 percent — meaning more than one out of three people tested were infected. A month ago, it was less than 3 percent.

The infections have spread so fast that hospitals have been completely swamped. People are turned away by the thousands. Medicine is running out. So is lifesaving oxygen. The sick have been left stranded in interminable lines at hospital gates or at home, literally gasping for air.

Experts had always warned that Covid-19 could wreak real havoc in India. This country is enormous — 1.4 billion people. And densely populated. And in many places, very poor.

Receiving oxygen outside a gurdwara, a Sikh house of worship, in South Delhi on Sunday.
What we’re witnessing is so different from last year, during India’s first wave. Then, it was the fear of the unknown. Now we know. We know the totality of the disease, the scale, the speed. We know the terrifying force of this second wave, hitting everyone at the same time.

What we had been fearing during last year’s first wave, and which never really materialized, is now happening in front of our eyes: a breakdown, a collapse, a realization that so many people will

Although New Delhi is locked down, the disease is still rampaging. Doctors across this city and some of Delhi’s top politicians are issuing desperate SOS calls to India’s prime minister, Narendra Modi, on social media and on TV, begging for oxygen, medicine, help. 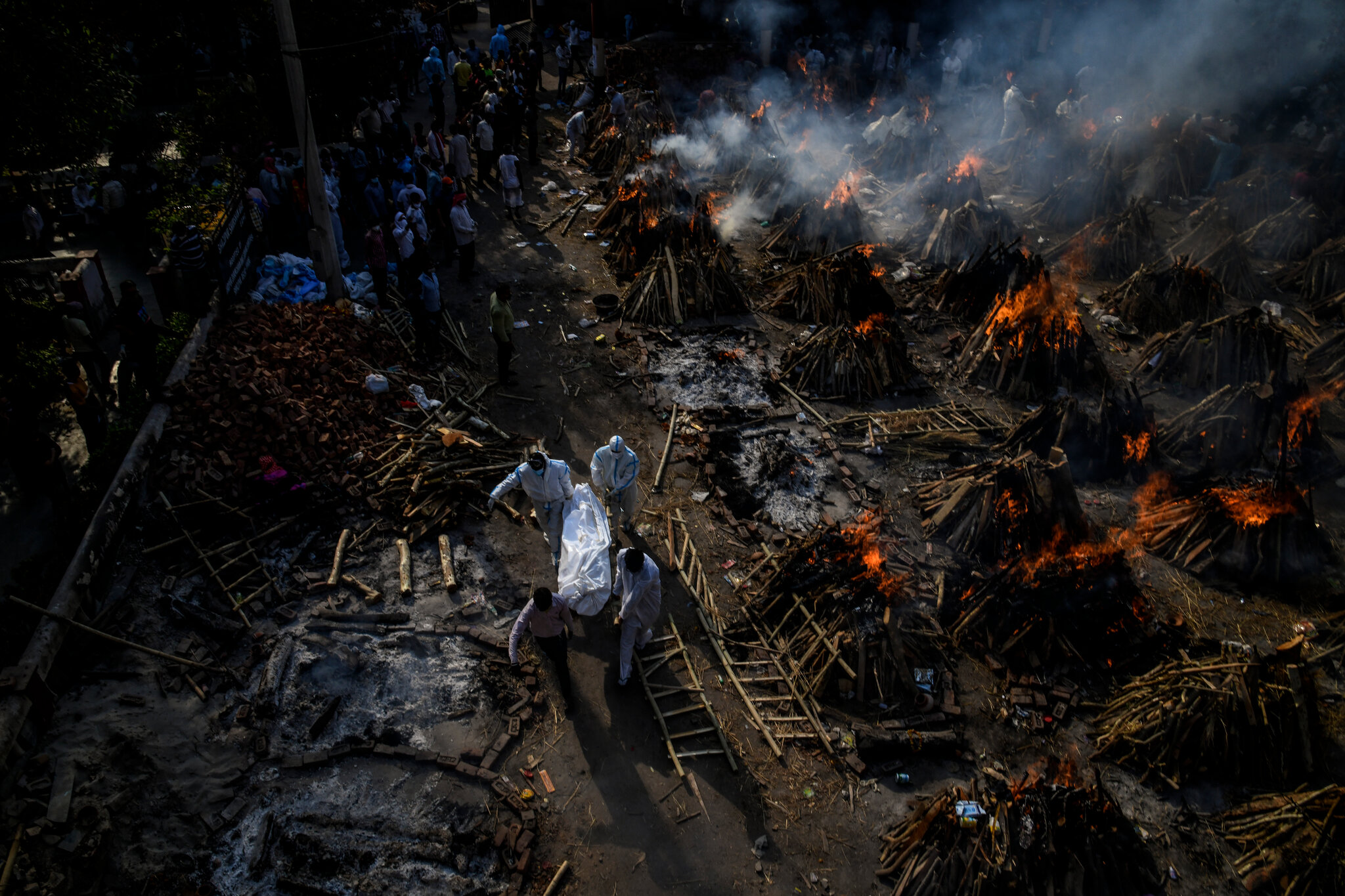 As a foreign correspondent for nearly 20 years, I’ve covered combat zones, been kidnapped in Iraq and been thrown in jail in more than a few places.

This is unsettling in a different way. There’s no way of knowing if my two kids, wife or I will be among those who get a mild case and then bounce back to good health, or if we will get really sick. And if we do get really sick, where will we go? ICUs are full. Gates to many hospitals have been closed.

A new variant known here as “the double mutant” may be doing a lot of the damage. The science is still early but from what we know, this variant contains one mutation that may make the virus more contagious and another that may make it partially resistant to vaccines. Doctors are pretty scared. Some we have spoken to said they had been vaccinated twice and still got seriously ill, a very bad sign.

So what can you do?

I try to stay positive, believing that is one of the best immunity boosters, but I find myself drifting in a daze through the rooms of our apartment, listlessly opening cans of food and making meals for my kids, feeling like my mind and body are turning to mush. I’m afraid to check my phone and get another message about a friend who has deteriorated. Or worse. I’m sure millions of people have felt this way, but I’ve started imagining symptoms: Is my throat sore? What about that background headache? Is it worse today?

My part of town, South Delhi, is now hushed. Like many other places, we had a strict lockdown last year. But now doctors here are warning us that the virus is more contagious, and the chances of getting help are so much worse than they were during the first wave. So many of us are scared to step outside, like there’s some toxic gas we’re all afraid to breathe.

India is a story of scale, and it cuts both ways. It has a lot of people, a lot of needs and a lot of suffering. But it also has lot of technology, industrial capacity and resources, both human and material. I almost teared up the other night when the news showed an Indian Air Force jet load up with oxygen tanks from Singapore to bring to needy parts of the country. The government was essentially airlifting air.

However difficult and dangerous it feels in Delhi for all of us, it’s probably going to get worse. Epidemiologists say the numbers will keep climbing, to 500,000 reported cases a day nationwide and as many as one million Indians dead from Covid-19 by August.

India was doing well up until a few weeks ago, at least on the surface. It locked down, absorbed the first wave, then opened up. It maintained a low death rate (at least by official statistics). By winter, life in many respects had returned to something near normal.

India Coronavirus Map and Case Count
I was out reporting in January and February, driving through towns in central India. No one — and I mean no one, including police officers — was wearing a mask. It was like the country had said to itself, while the second wave was looming: Don’t worry, we got this.

Mr. Modi remains popular among his base but more people are blaming him for failing to prepare India for this surge and for holding packed political rallies in recent weeks where few precautions were enforced — possible super-spreader events.

“Social distancing norms have gone for a complete toss,” said one Delhi newscaster the other day, during a broadcast of one of Mr. Modi’s rallies.

Indians are also upset with the sluggish pace of the vaccination campaign. Fewer than 10 percent of the population have received one dose, and only 1.6 percent are fully vaccinated, despite two vaccines being produced here. 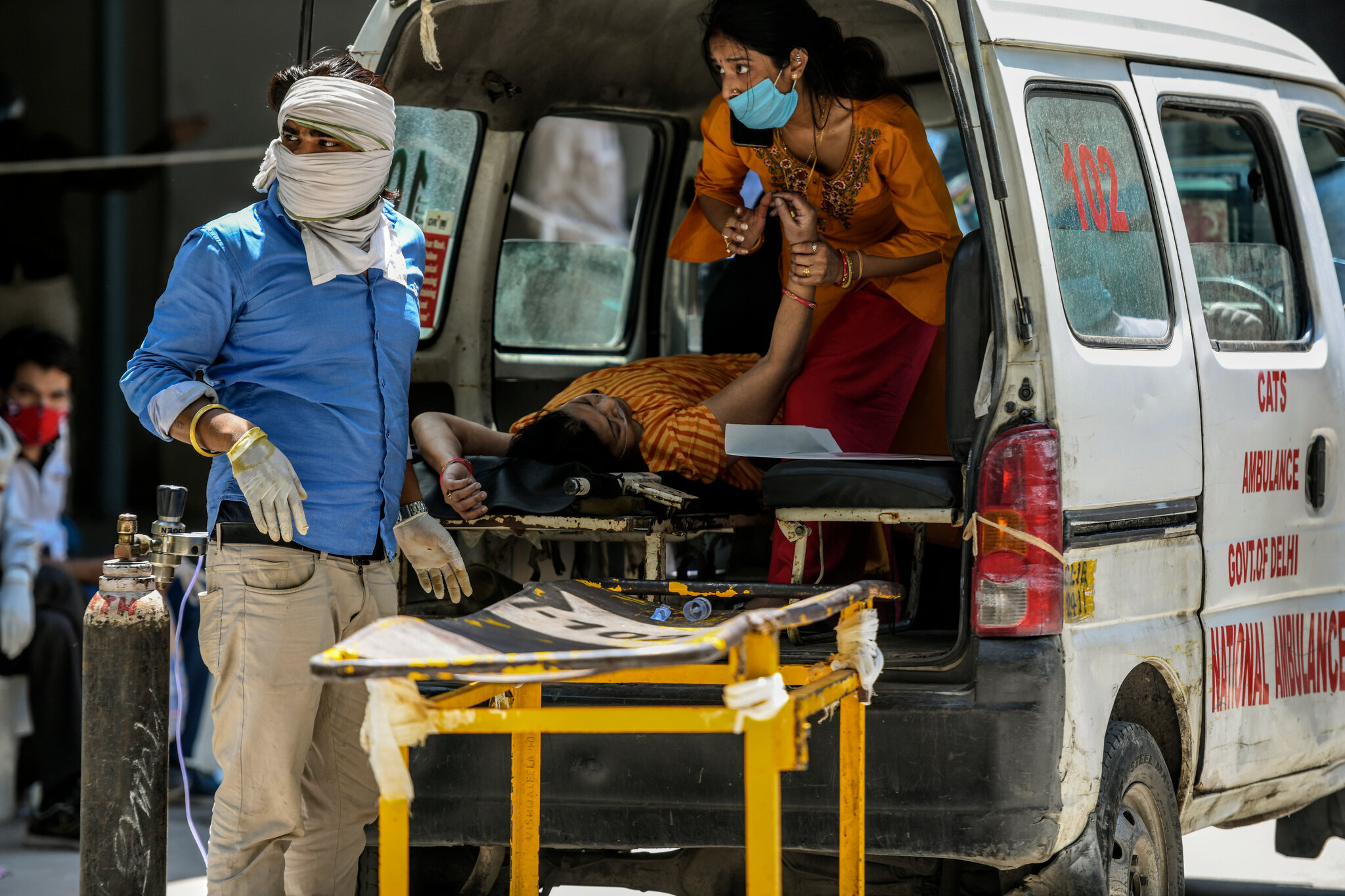 A well-connected friend activated his entire network to help someone close to him, a young man with a bad case of Covid. My friend’s friend died. No amount of pull could get him into a hospital. There were just too many other sick people.

“I tried everything in my power to get this guy a bed, and we couldn’t,” my friend said. “It’s chaos.”

His feelings were raw.

“This is a catastrophe. This is murder.”

I take few risks except to get food for my family that can’t be delivered. I wear two masks and cut wide berths around as many people as I can.

But most days pass with the four of us marooned inside. We try to play games, we try not to talk about who just got sick or who’s racing around this besieged city looking for help they probably won’t find.

Sometimes we just sit quietly in the living room, looking out at the ficus and palm trees.

Through the open window, on long, still, hot afternoons, we can hear two things: Ambulances. And birdsong.

When you are in a relationship with someone, you never want to end up getting cheated on. And when you fall in love, you develop a particular attachment for this person. Of course, this is normal. You naturally want to get closer and closer to your partner so that you can develop a certain sense […]