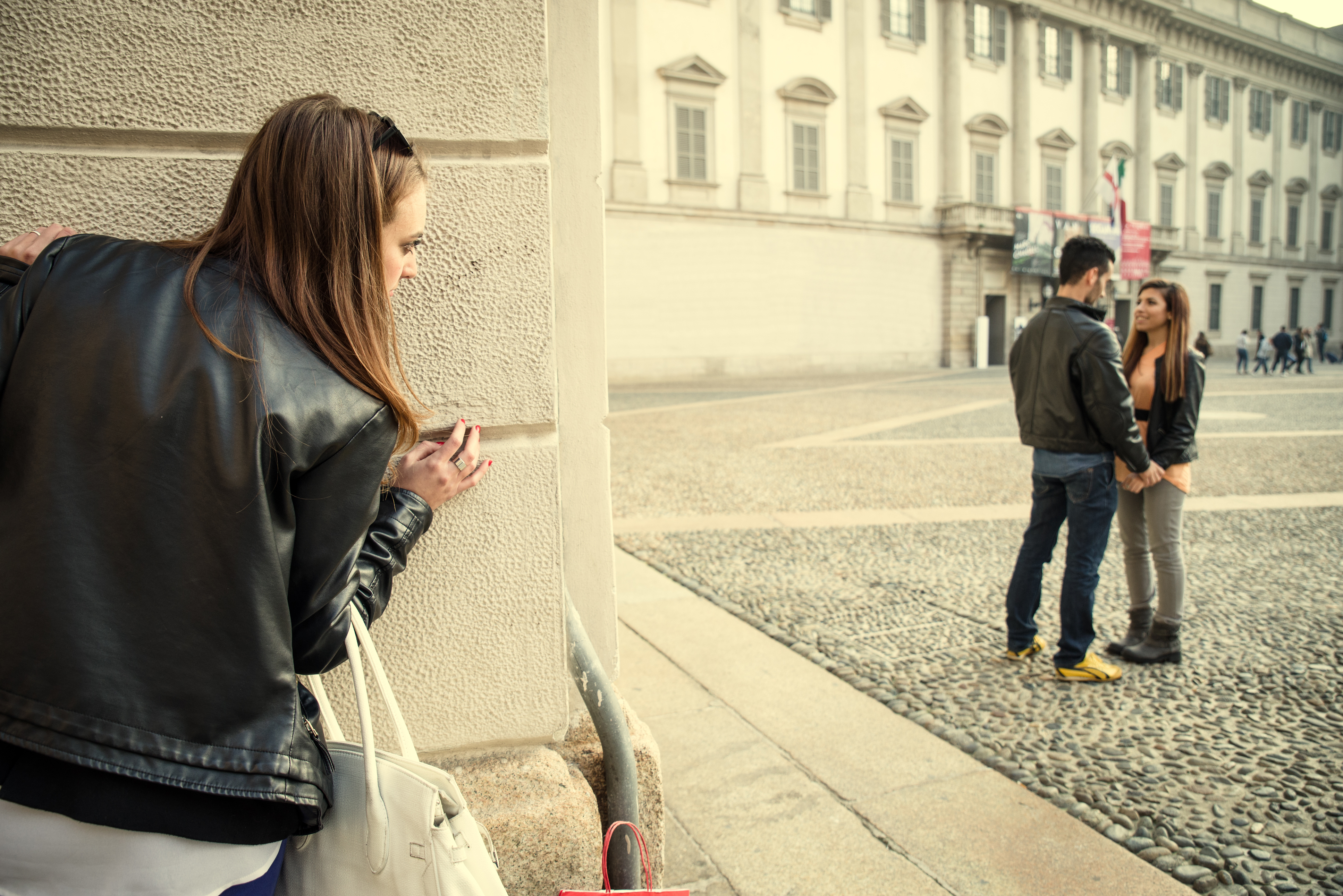 This is truly a very delicate topic. There are plenty of women all over the world who have been victimized by cheating and infidelity in relationships. In fact, men have been lying and cheating their way through relationships in time immemorial. It’s not a new phenomenon for men to be taking in some side lovers while still being in supposedly exclusive relationships. However, that doesn’t mean that it isn’t painful to the women who are betrayed in their romantic relationships.

It always sucks whenever you find out that the guy you’re in love with has just cheated on you. It’s always going to be a different kind of pain when you absorb the shock and betrayal of having your partner just break exclusivity and fidelity in the relationship like that. You know that this is something that you’re not deserving of and that your partner is in the wrong here. However, you also don’t know what to do at this point.

Well, ultimately, the choice is going to be yours. You have the power here. This is a decision that you’re going to have to make on your own. And it’s something that you definitely have to own up to. However, if you’re thinking about whether or not to forgive him, then here are a few things that you might want to think about:

There is this very big dilemma that plenty of women struggle with whenever they get cheated on by men that they love. They know that they always deserve better and that they have to demand more. However, they also know that it would be an awful waste of a relationship to just let go of a man for making that mistake. You might be in that position now. You might be thinking about whether or not you should be forgiving him or you should be letting him go.

1. Has he cheated on you or others in the past?
cheating boyfriend

If he has a vast and rich history of cheating in relationships, then you should definitely be wary of forgiving him. It’s less likely that he would be the type of guy who would change his ways just because you got hurt.

2. Is he apologetic or regretful about cheating on you?
You have to take a good lock at his demeanor now that everything is out in the open. If you see that he’s being apologetic about it, then maybe it’s worth forgiving him. If he’s acting as if nothing happened, then that’s a bad thing.

3. What kind of cheating did he engage in?

You have to be able to see what kind of cheating he engaged in. For instance, being in an emotional affair with someone else would carry a lot more weight than him just getting drunk and randomly making out with someone at the club.

4. How would he react if you cheated on him in the same manner?
Think long and hard about how he would be conducting himself if the tables were turned. What would he do if he were in your shoes right now? This can help you come to a decision on things.

5. Do you have the time and patience to deal with that drama?

You have to think about all of the drama and controversy that you’re going to have to deal with in order to try to repair your relationship. You have to decide if all of that effort is something you would be able to give and if it would actually be worth it.

6. Do you think you would be able to forgive him?

You have to think long and hard about whether you would be able to forgive him in the future or not. It can be hard to find health and strength in your relationship if you can’t bring yourself to forgive him at all.

7. Do you think you can build trust between the two of you again?

Trust, once broken, is never going to be the same ever again. However, you have to decide if you have a chance at salvaging it to a certain degree.

8. How damaged are your confidence and self-esteem?

9. Has he shown efforts to fix things?

If you’re thinking about forgiving him, then it’s always going to be a good sign if he’s doing everything he can to fix what has been broken in your relationship. If he’s acting nonchalantly about it, then that’s all the proof that you need of his disinterest.

10. Is he worth it?
Is he actually worth it? Sometimes, a guy can just make a mistake. And sometimes, he can be worth forgiving. However, there are just some guys who aren’t worth any of that additional drama or effort anymore.

Excuse me, Mr Bat. You’ve got a huge parasitic fly on your face.

When entomologist and renowned photographer Piotr Naskrecki posted images of long-winged bats plagued by facehuggers, he caused a bit of a stir. At first glance, the strange creatures look like spiders or ticks, but they’re actually a type of wingless fly found exclusively on bats. Image: Piotr Naskrecki Naskrecki made the discovery while working on […]