Scientists have discovered a “lake” in the Gulf of Mexico. Everyone who enters this pool at the bottom of the sea will suffer horribly. Erik Cordes, associate Professor of Biology at Temple University, has researched the pool and described his findings in the journal There are people who wake up very easily, and any noise is a reason to get you out of your deep sleep. While other people don’t wake up with a loud noise. But what about when you’re in a coma, what could wake you up? In the case of Andy Szasz, your pet’s bark was what woke him from a deep coma.

Little Teddy has now been appointed with his guardian angel, after helping to recover his owner, who was seriously ill. The hospital staff, at the request of Andy’s wife, authorized his puppy to visit, and allowed him to sit next to his bed. 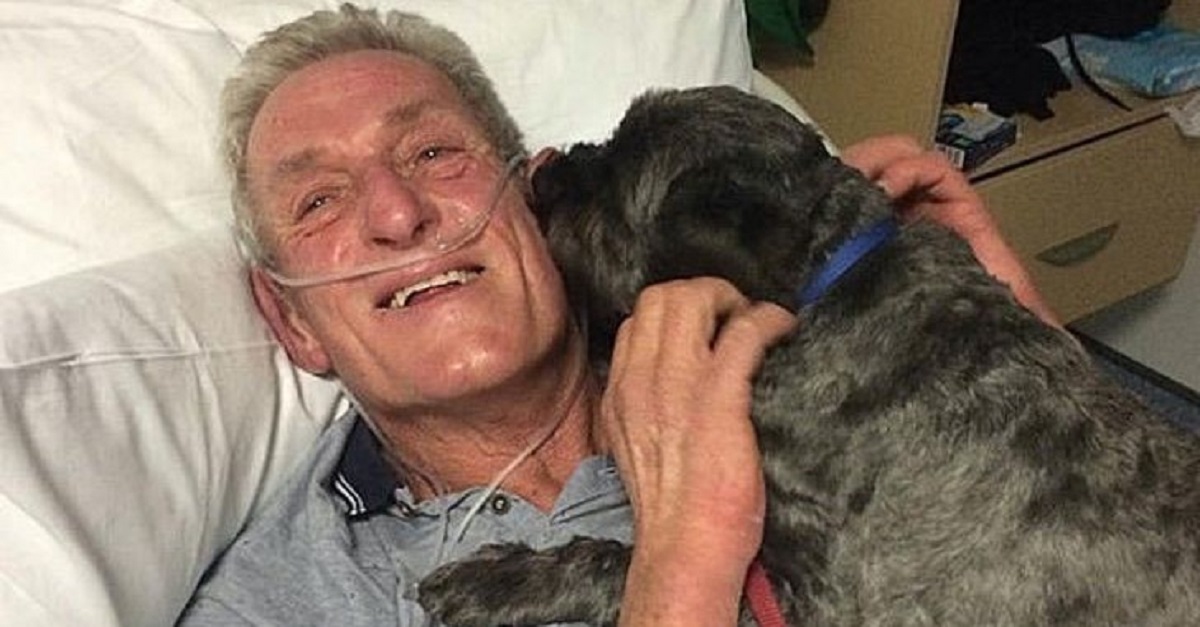 “They put Teddy on my chest and he woke me up. In a way, I think he’s my guardian angel, ”said Andy. 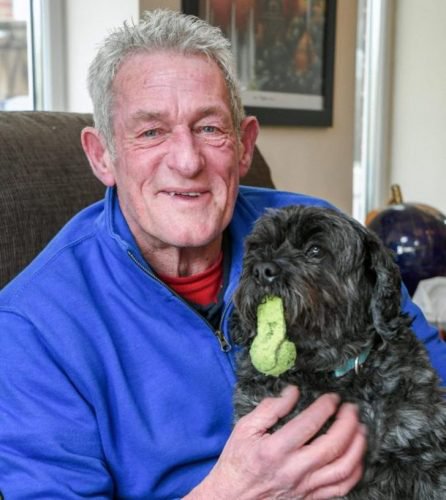 In 2016, Andy Szasz, 65, was undergoing treatment for bowel cancer, when he also had pneumonia. This worsened his health considerably, and the doctors then decided to induce him into a coma.

In poor health, Andy’s wife then asked the hospital staff if it would be possible to take Teddy to visit her husband. The doctors authorized the visit of Andy’s close friend, who was lying on his chest.

After 4 days, he woke up with Teddy on his chest licking his face. Which left the doctors amazed at the situation.

After being discharged from the hospital, Teddy has been a key part of Andy’s recovery process. Your faithful companion remains at your side and always accompanies you on your daily walks and exercises.

And the thrilling story of friendship between Andy and his dog gained repercussions and ended up in the media. They participated in an episode of Dog Rescuers, a British television program that tracks the animal charity work of the RPSCA, an organization that promotes animal care. The focus of the episode was the transforming power of therapy dogs in the recovery of patients.

“I always tell people that I rescued Teddy and that he rescued me. We have a special bond, ”says Szasz to The Times.

Today, Teddy is not just a pet dog, he is officially a therapy dog. And now he works at Southampton General Hospital. He and his owner, Andy, who has also been volunteering for over a year, have helped several patients with animal therapy. And he doesn’t stop there, he still visits other patients in nursing homes, schools and medical centers in the UK.

“It was one of the most amazing things in the deep sea. You go down into the bottom of the ocean and you are looking at a lake or a river flowing. It feels like you are not on this world “, Cordes told Discovery News.

The water in the “lake within the sea” is about five times as salty as the water surrounding it. It also contains highly toxic concentrations of methane and hydrogen sulfide and can thus not mix with the surrounding sea.

For animals (and people) who swim into it, these toxic concentrations can be deadly. Only bacterial life, tube worms and shrimp can survive those circumstances.

For scientists this “lake” is like a playground for their research. They can explore how certain organisms can survive in extreme habitats.

“There’s a lot of people looking at these extreme habitats on Earth as models for what we might discover when we go to other planets” Cordes said to “seeker”.

Brazil is a home to extremely gorgeous, charming, lovely and beautiful girls who stun us with not just their beauty but also intelligence and determination. And an abundance of these qualities if what makes these women the most beautiful Brazillian women ever! Most Beautiful Brazilian Girls Here is a list of our top 10 beautiful […]