Five years ago, a young Syrian university student fled Aleppo, crossed the Mediterranean Sea from Turkey to Greece, made his way to Calais and then bravely traversed the English Channel into the UK – seeking asylum as soon as he arrived. 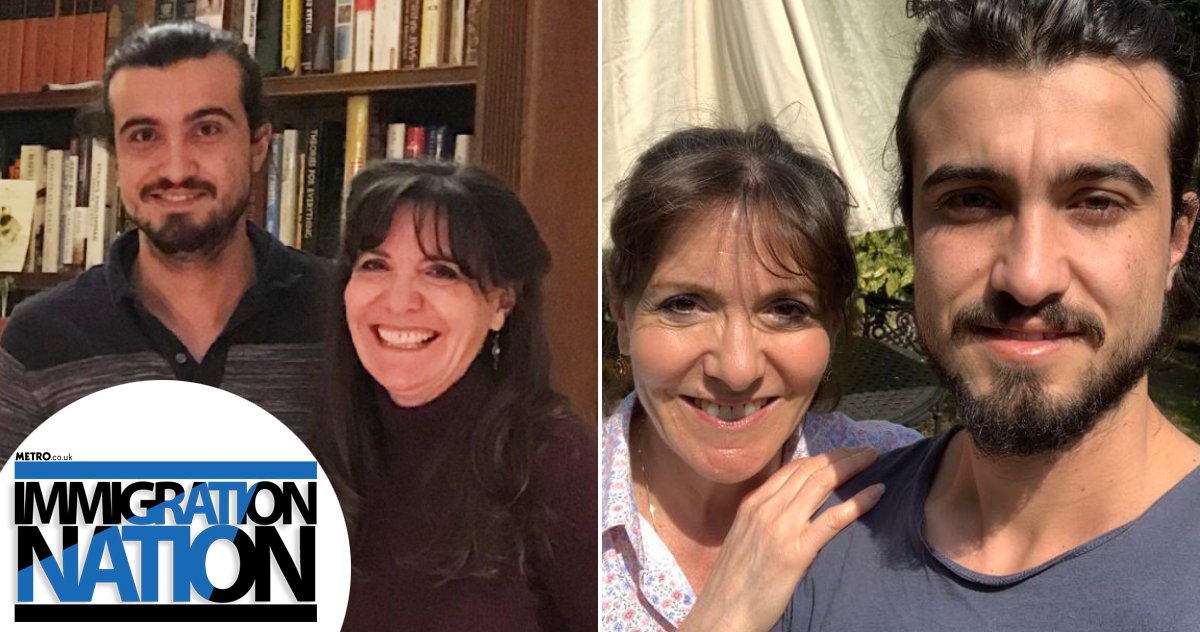 A year later in May 2017, I welcomed him into my home for a stay of six to 12 weeks – but a couple of weeks in, invited him to stay indefinitely. He’s been living with me ever since.

Over the last four years, I’ve hosted over 30 refugees in my London home for varying lengths of time, but Basel – the young Syrian man – has become like my own son, and I’m so very lucky to have had him join our family.

As a half-French, half-Canadian immigrant myself living in the UK, I have an appreciation of what it’s like to be an outsider, even though our circumstances couldn’t be more different. So I do whatever I can to lend a hand to refugees whose only sin is to have picked the wrong time and place to be born.

Hosting is something I’d always wanted to do, especially since my three daughters had all moved out of our family home and I have plenty of space. I just never really knew how to go about it, until one day in May 2017, while waiting for a flight to the US with my husband, I saw an article in The Guardian profiling a couple who were hosting a Syrian refugee.

The article mentioned a charity called Homes for Syrians, so I immediately looked them up online. Up popped the question ‘Would you like to host?’ so I clicked ‘yes’ – whereupon my flight was called – so I quickly ticked through all the questions, hit the ‘submit’ button, ran for my gate, boarded my flight and didn’t give it another thought.

Six hours later, my husband and I landed in Philly, and as soon as I turned my phone back on, a text popped up asking when I could meet to discuss a young man the charity had found for us.

That’s when I turned to my husband and said: ‘Um, honey, there’s something I forgot to tell you. How would you feel about us hosting a refugee?’

He couldn’t think fast enough of a reason why not, so I scheduled an appointment for the day after our return to the UK a week later.

I was visited – and vetted – by a very nice volunteer in our London home, and we spoke at length about how the process would work. Her first question – and mine for that matter – was how long this was for. I honestly had no idea, so we agreed we’d trial it for six weeks and then see.

Karina Litvack and Basel on the tube
Emojis were a big part of our communication for the first couple of months (Picture: Karina Litvack)
An hour later, my doorbell rang, and there stood a very shy, skinny young man named Basel carrying a small rucksack. He moved in that evening and has been with us ever since.

Initially, we struggled to communicate because his English was limited, and my Arabic is non-existent. Fortunately, I’d arranged for my daughter, who is fluent in Arabic, to be on hand – via Skype – for his arrival.

Painfully shy with her at first as he stumbled through introductions in English, he positively lit up and his whole demeanour changed as soon as she switched to Arabic: his shoulders dropped, he broke into a big smile, and the relief he felt transformed him.

My daughter lived in the US at the time, but those two developed a wonderful bond over weekly Skype calls and periodic visits: he became the baby brother she never had, and she his doting big sister.

Meanwhile, he and I muddled through with not much of a common language – except, blessedly, for emojis, which were a big part of our communication for the first couple of months. 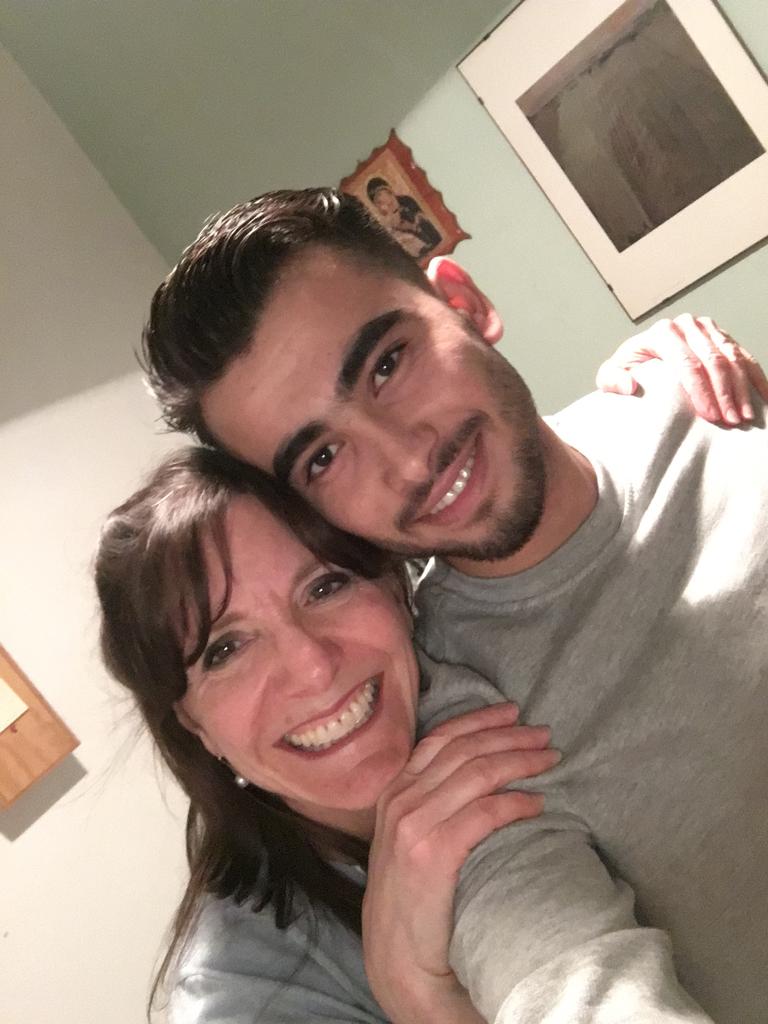 Over time, Basel started to come out of his shell as his confidence with English grew and he became more comfortable around my husband and me. He was adamant that I should not learn any Arabic, because he wanted to learn English as fast as possible, so we did daily English classes – learning the words to songs like Hotel California, Lean On Me and dozens of other great classics – until we were able to get him into proper classes.

But we also lived through some grim moments, in particular when his younger brother, Ismail, who’d fled to Turkey with the intention of reaching Europe, suddenly disappeared from his flat in Istanbul.

Karina Litvack with Ismail after he arrived in Italy
Ismail faced immediate arrest or worse (Picture: Karina Litvack)
After three terrifying weeks, we got word he had been arrested, transferred to the border city of Gaziantep, and was due for repatriation to Syria within the next week. 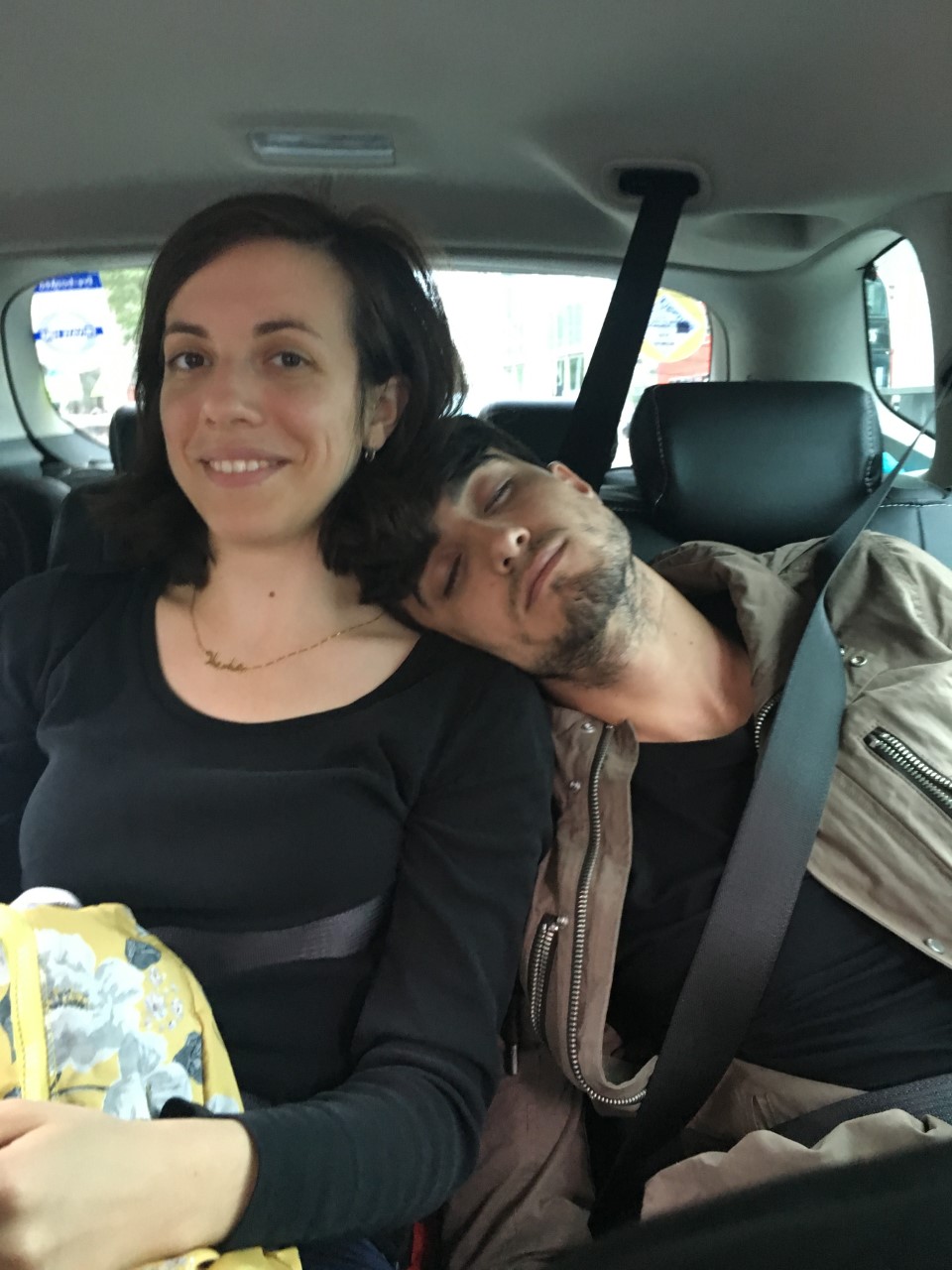 I immediately found a Turkish lawyer to file a stay of deportation – as a young man of military age who had fled the country, Ismail faced immediate arrest or worse – and petitioned for his release from prison.

He remained in unlawful detention for seven months until miraculously, we were able to get him a visa to Italy, where he has been living with a colleague of mine for the last three years.

Then a few weeks after his arrival, Homes for Syrians shut its doors. His case manager checked in one last time and, pleased that Basel had settled in so nicely, wished us well, and recommended Refugees at Home – a much bigger and better-established charity that also connects refugees in the UK with hosts who have spare rooms – if ever I should need any advice.

By that time, we’d both got the hang of it, so we just carried on happily.

For the next year, things were a bit of a rollercoaster for Basel. We helped him secure a free place in a private English school so he could get his fluency up to university standard, which was a long and hard slog for this former Mathematics student.

About a year after Basel joined us, I reached out to Refugees at Home to see if there was anything I could do to help, for example by recruiting more hosts. They always have a long waiting list of people in need of a home, so I composed an email about how positive the experience of hosting had been for me, and sent it to everyone I dared – over two hundred friends, neighbours and work contacts.

That exercise yielded around 10 hosts – not exactly a brilliant hit rate, but it did mean that 10 people, couples and even one family with a baby found a welcoming home. Many of these people told their friends, as well as becoming repeat hosts themselves when their first guests moved on.

One thing the indefatigable founder of Refugees at Home politely pointed out to me was that in the year-plus time that I had been hosting Basel, I could have given a home to three or four other people, if only I’d let him move on.

‘Fair enough,’ I thought, ‘but I have two other spare rooms so why make this an either/or? There’s plenty of room for one or two more.’

Since then, my house has been well-loved and well lived-in: single men, couples, an elderly Kenyan woman, and even a family of five with three teenagers who stayed for three months until the council found them a home.

One guest was a Syrian doctor who lived in Manchester, but came to London for 10 days to sit a medical exam – he is now finally practising medicine. Some have stayed as little as a weekend, while others have stayed a few weeks, months or over a year.

One of my boys moved on, then ended up in a studio literally a five-minute walk up the road, so he pops over to say a distanced doorstep hello every now and again, and I cannot wait for the weather to warm up so we can all have family dinners in the garden.

They have all been lovely, interesting people, and each brings their world and their story into my home. It’s the next-best thing to exploring faraway places myself, and I never get bored of hearing about their past lives and their plans to rebuild their future here.

Gabriela in the car with Basel sleeping on her shoulder
He became the baby brother she never had, and she his doting big sister (Picture: Karina Litvack)
Through the years and all the comings and goings, there’s been Basel. After a long, frustrating period of learning English and being forced to repeat his secondary school diploma because his own was not recognised, he’s now finally back at university, studying computer engineering, while also working two jobs as a barista and a food delivery man.

He’s also in regular contact with his brother Ismail in Italy, his two uncles in the UK, and the rest of his immediate family who managed to settle in Germany.

After eight seemingly interminable years of constantly being on the run, and learning a whole new language and culture here in the UK, he is finally back where he left off as a university student in Aleppo, and loving his course.

He now sees a path to a real future, and has even got engaged. I have never seen him so happy.

Prayers for healing can illustrate firsthand the incredible power of prayer. Through prayer for the sick and poor in health, we can find comfort in the most trying of times. Use these prayers, and keep them in your heart so they can remind you of God’s nearness. The following prayers have been curated by pastors […]