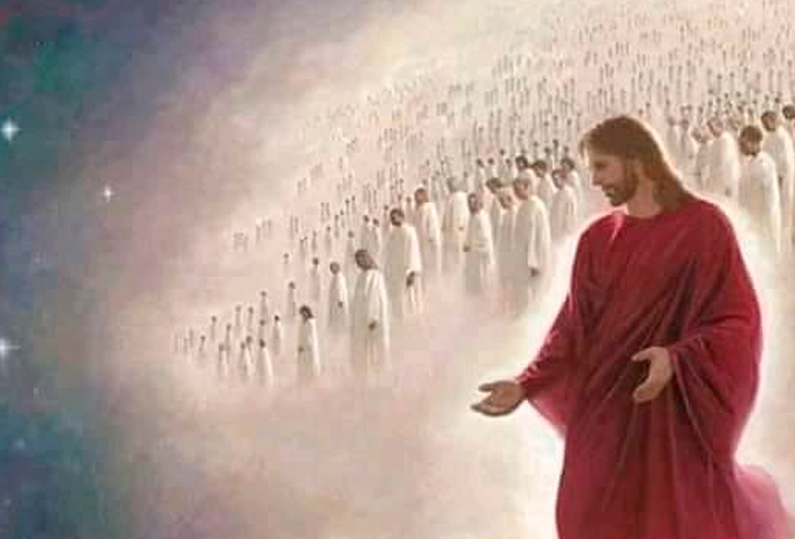 By the year 2050, 41% of Americans believe that Jesus Christ definitely (23%) or probably (18%) will have returned to earth. However, a 46%-plurality of the public does not believe Christ will return during the next 40 years. Fully 58% of white evangelical Christians say Christ will return to earth in this period, by far the highest percentage in any religious group. By region, those in the South (52%) are the most likely to predict a Second Coming by 2050.

Only about a third of Catholics (32%) and even fewer white mainline Protestants (27%) predict Christ’s return to earth by 2050. One-in-five religiously unaffiliated Americans also see Christ returning during the next four decades. Americans with no college experience (59%) are much more likely than those with some college experience (35%) or college graduates (19%) to expect Jesus Christ’s return. 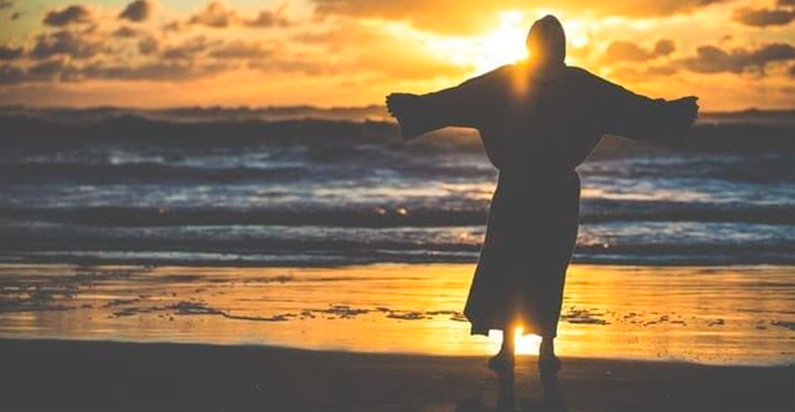 His return from heaven will be personal, visible and glorious, a blessed hope for which we should constantly watch and pray.1

Before He establishes His kingdom on earth, Jesus will come for His Church, an event commonly referred to as the “Rapture.” At that time the dead in Christ will be raised and living Christians will be caught up to meet the Lord in the air and be with Him forever.2 In this resurrection, those who have died in Christ will have their redeemed souls and spirits united with a body similar to Christ’s glorified body. Christians living at the time of this event will not die, but will be changed to be like Christ.3 This expectation is a motivation for holy living, as well as a source of comfort.4 No man knows the day or the hour when this will take place.5 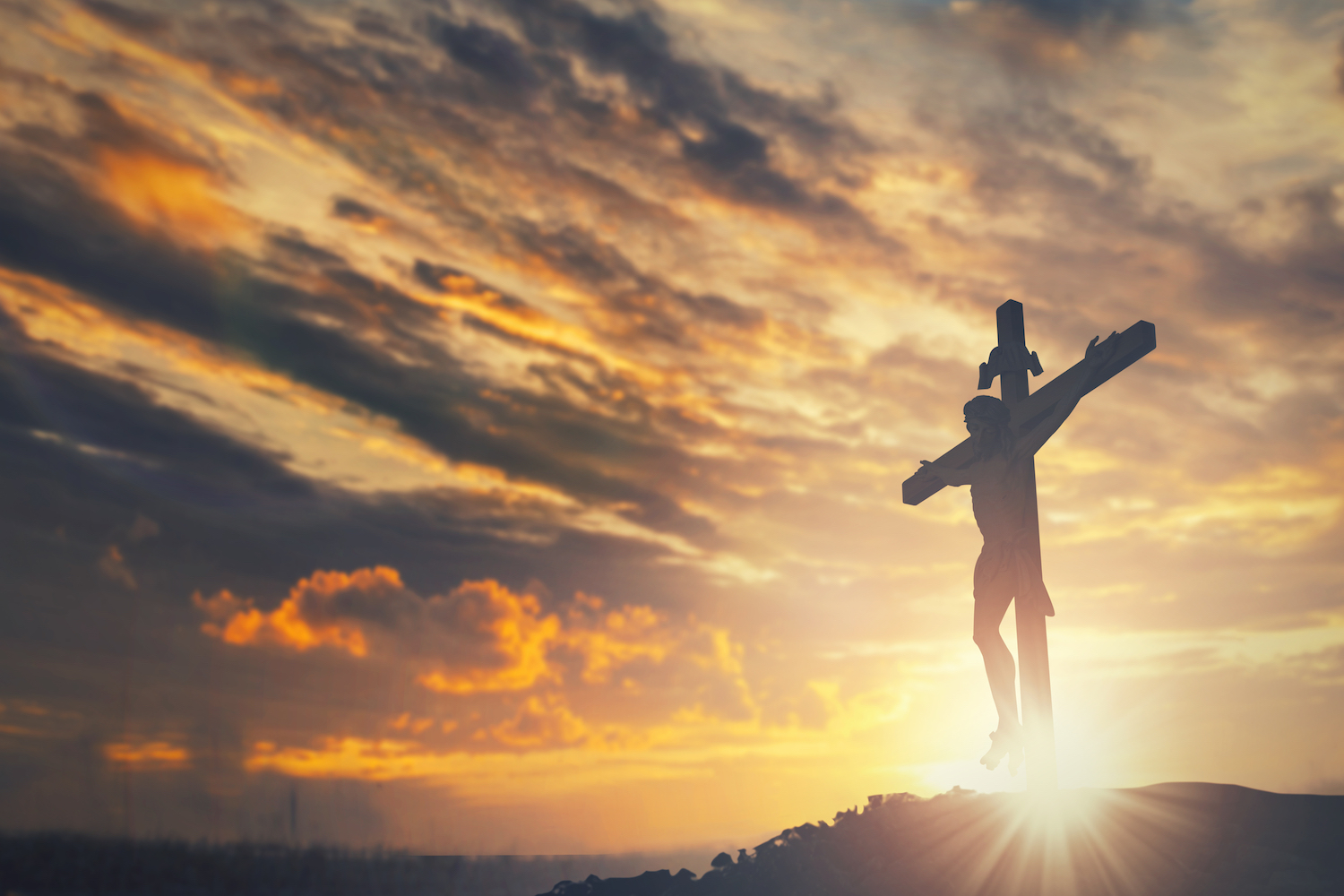 After the Rapture of the Church, Christians will be brought before the judgment seat of Christ. He will reward them on the basis of the works they have accomplished.6 This is not a judgment to determine their salvation but a reward for labor on Christ’s behalf.7 The Rapture will also inaugurate a period that the Bible characterizes as the “great day of His wrath,” “the great tribulation” and the “time of Jacob’s trouble.”8 This time of unprecedented difficulty will affect Israel and all nations. Its purpose will be to prepare Israel for her Messiah.9

At the end of the Tribulation, Jesus Christ will return with the hosts of heaven as well as the Church to establish the Messianic Kingdom on earth.10 His Kingdom will last for a thousand years.11 At this Second Coming, the Antichrist will be cast into the Lake of Fire and Satan will be bound for a thousand years. 12 The nations and their representatives will be judged.13 Israel will be restored to her land, never more to be removed.14 Christ will reign with firmness and equity.15 His kingdom will be marked by material and spiritual blessing, since the curse upon the earth will be removed.16 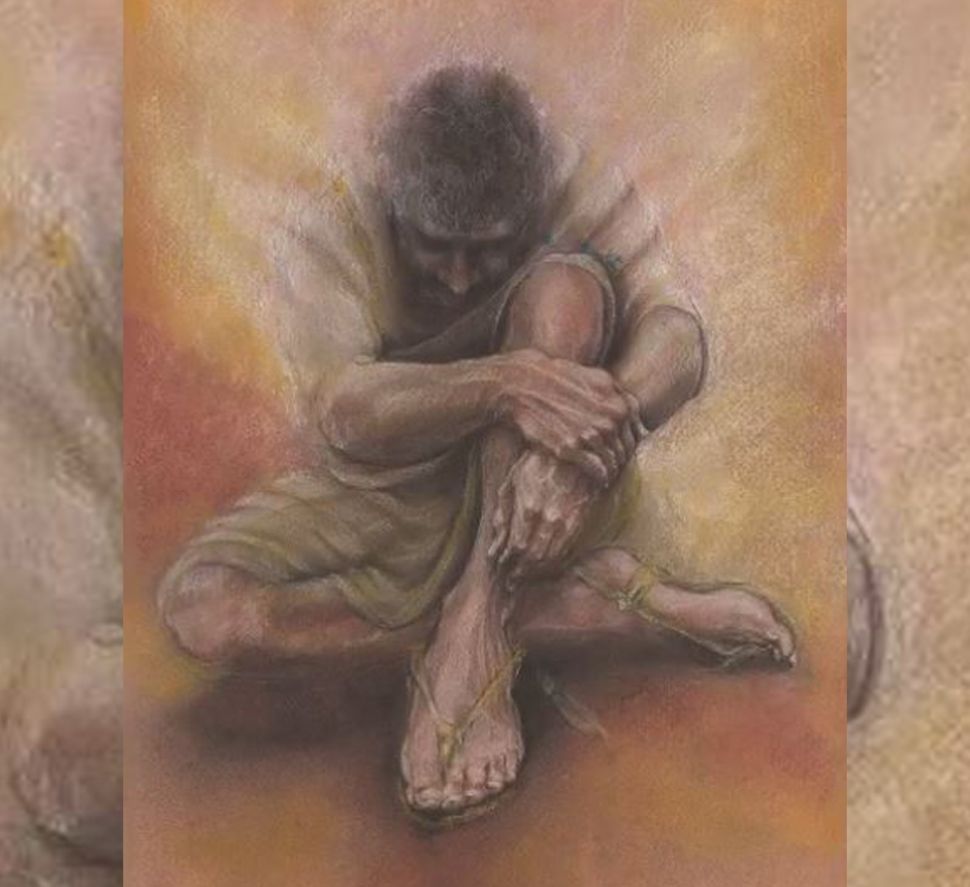 The Messianic kingdom will close with apostasy and rebellion.17 God will crush this uprising in the last battle of the ages and Satan will be thrown into the lake of fire.18 All those who rejected the Word of God will be resurrected.19 They will be judged by Christ and cast into the lake of fire, the place where they will suffer final and everlasting punishment.20

Birth and early life
The Gospels of Matthew and Luke claim that Jesus was born in Bethlehem to Mary, who was a virgin. The year of Jesus’ birth is debated by scholars, who generally place it sometime between 7 B.C. and 1 B.C. The tradition of Jesus being born on Dec. 25 did not come about until centuries later, and scholars generally agree that he was not born on that day. [Pagan Roots? 5 Surprising Facts About Christmas]

The Gospel of Matthew talks about how magi (a word sometimes translated as “wise men”) came from the east, following the star of Bethlehem (which some scientists have speculated could be a comet or the planet Venus) and gave baby Jesus presents of gold, frankincense and myrrh. The Gospel also claims that King Herod was enraged when he heard of Jesus’ birth and ordered him to be found and executed, at one point ordering every boy in Bethlehem who was two years or younger to be killed. Jesus and his family escaped by fleeing to Egypt and not returning until after Herod’s death, the Gospel says. Today, scholars are doubtful that Herod tried to kill Jesus, noting that there is no evidence, outside of the Bible, that Herod was aware of Jesus.

The Gospels tell of how Jesus grew up in Nazareth with his mother, Mary, her husband, Joseph, and Jesus’ brothers and sisters. Gospel stories tell how a man named John the Baptist foretold the coming of Jesus and baptized people who were seeking forgiveness for their sins.

Jesus was the Messiah (Christ), the Son of God who was crucified for the sins of humanity before rising from the dead, according to Christian Gospels and early Christian writings.

According to the Gospels, Jesus, who was born around 4 B.C., was able to perform supernatural feats such as healing a wide range of diseases by simply touching people or speaking to them. He supposedly also had the ability to walk on water, instantly create vast amounts of fish and bread, resurrect the dead, rise from the dead himself, calm storms and exorcise demons from people.

The stories told about him have led many scholars to explore these questions: What was Jesus really like? Did he really exist? Today, many of the supernatural feats Jesus is reported to have performed are regarded by scientists as impossible to do — certainly by someone who lived 2,000 years ago.Trying to understand what Jesus was really like is complicated by the fact that the earliest surviving texts that discuss Jesus date to the second century A.D., about 100 years after the life of Jesus — although, presumably they were copied from documents that date to the first century. In 2015, there were claims that a copy of the Gospel of Mark dating to the first century had been found, although it now appears that this copy dates to the second or third century A.D.

Despite many challenges, recent archaeological and historical research has allowed scholars to shed light on several aspects of Jesus’ life, such as what he looked like and what life was like in his hometown of Nazareth.

The Gospel of Mark claims that Jesus worked as a carpenter when he was old enough, and that there was something of a rift between Jesus and his family.

This Gospel also claims that when Jesus returned to Nazareth after he was away, he was not well received. “A prophet is not without honor except in his own town, among his relatives and in his own home,” Jesus said in Mark 6:4. [8 Archaeological Sites That Jesus May Have Visited]

Recent archaeological work carried out at Nazareth has identified two houses that date to the first century A.D. One of these houses was later venerated as the house that Jesus grew up in. Archaeological remains suggest that people in first century Nazareth were Jewish and less likely to embrace Greco-Roman culture than people who lived in the nearby town of Sepphoris.

A statue in the Lateran Palace in Rome depicts Judas betraying Jesus with a kiss.

A statue in the Lateran Palace in Rome depicts Judas betraying Jesus with a kiss. (Image credit: Noyan Yalcin/Shutterstock)
Ministry
Scholars generally agree that Jesus didn’t devote himself to his ministry until he was about 30 years old. This is based on the sequence of events told in the Bible which suggest that Jesus had not been ministering for long before he was crucified.

The Gospel accounts suggest that Jesus spent much of his ministry in the area around Galilee. They tell how Jesus generally avoided luxury, was happy to talk with “tax collectors” and “sinners,” favored the poor and frequently clashed with Jewish religious leaders, who doubted his claim that he was the Messiah. Large crowds sometimes followed him, hoping that he would cure sick people, the Gospels say.

He sometimes clashed with his 12 disciples, scolding them when they showed a lack of faith or endurance. At one point he gave his disciples the ability to perform miracles in his name. When they were unable to exorcise an “impure spirit” from a boy, Jesus was furious. “‘You unbelieving generation,’ Jesus replied, ‘how long shall I stay with you? How long shall I put up with you?'” Mark 9:19.

Jesus spoke about the end times, saying that the skies will be darkened and “nation will rise against nation, and kingdom against kingdom. There will be earthquakes in various places, and famines …” Mark 13:8.

The Gospels claim that one of Jesus’ disciples, Judas Iscariot, betrayed Jesus by making a deal with a group of Jewish religious leaders to help them arrest Jesus in exchange for money. The leaders then took Jesus before Pontius Pilate, the Roman prefect (governor) of Judea, where he was put on trial. The stories told in the Gospels claim that Pilate was reluctant to find Jesus guilty but was pushed toward the verdict by a mob who wanted Jesus to be crucified. The stories claim that after Jesus was crucified and placed in a tomb, he came back to life.

It’s uncertain exactly when Jesus was crucified. Pontius Pilate was governor of Judea between A.D. 26 to 37 and his crucifixion would have occurred at some point within that time. The stories told in the Gospels indicate that Jesus’ trial and crucifixion took place around Passover, a Jewish holiday that occurs in spring.

After 12 grueling years of searching for Sabrina Allen, authorities found the missing girl in a town southeast of Mexico City, where she was “not living a regular life.” It’s been 12 years since Sabrina Allen was kidnapped. Wednesday afternoon, federal and local authorities announced the search for her is finally over. “Today is a […]

The World’s Most Powerful Women

Anna Wintour, editor in chief of Vogue, global chief content officer for Condé Nast, and artistic director for Condé Nast Anna Wintour may be recognizable for her signature bob hairstyle and sunglasses, but she is also one of the most influential and powerful women in the fashion industry. In her early career, Wintour moved between […]