Arya Permana, who was last year dubbed the world’s fattest child by the Indonesian World Records Museum, has dethroned the title after losing a whopping 83 kilos. The kid now has a doctor and dietitian monitoring his progress and keeping him on a strict diet. 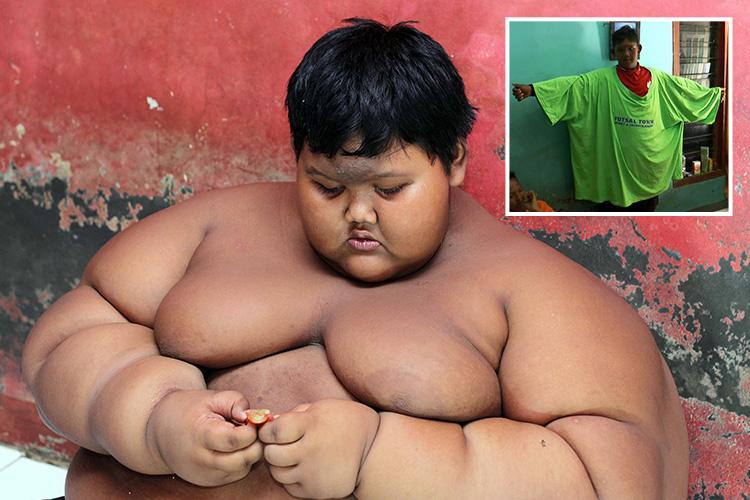 Arya Permana, who was last year dubbed the world’s fattest child by the Indonesian World Records Museum, has dethroned the title after losing a whopping 83 kilos — almost half of his staggering 190-kilo body weight from two years ago, say reports. The boy, now 12, was once so heavy that he could barely move from his bed and had to give up attending school. To lose weight, the kid underwent a gastric procedure last April in a hospital in Banten province, west of Jakarta.“They prevent me from consuming sweet food and drinks, particularly soft drinks,” Permana told the Australia Broadcasting Company. “They ask me to eat more fruits and do exercise regularly.”

He said the surgery not only helped him lose weight loss, it has made his stomach smaller, making him less hungry. “Now even six spoons (of food) already makes me full,” Permana said.

“We are very happy to see him leading a healthy life. He is very active and in good health. His sleep is sound and there is no more worry of respiratory problems. He can also walk and play without complaining of shortness of breath,” Rokayah said.

Following the surgery, Permana’s weight dropped dramatically and is now able to go outside and play sports with children of his age. In fact, the boy now loves to play badminton and is able to walk to school, reported The Sun. Permana’s parents Rokayah and Ade Somantri told The Sun in an earlier interview that they were thrilled their son could finally lead a normal life. The Indonesian kid now has a doctor and dietitian monitoring his progress and keeping him on a strict diet. Read: MP cop, ‘fat-shamed’ by Shobhaa De, loses 65 kilos post weight loss surgery

However, his parents are worried that he might need another operation as he can’t eat more than a few spoons of rice without throwing up.

“He walks and runs for 1.25 miles a day but he might require another round of surgery this year,’ Ade added.

When Permana was born, he weighed 3.1kg – an average size for a newborn – and remained an average size until the age of two. But his parents said as he got older, he grew more obese and could eat five large meals a day.