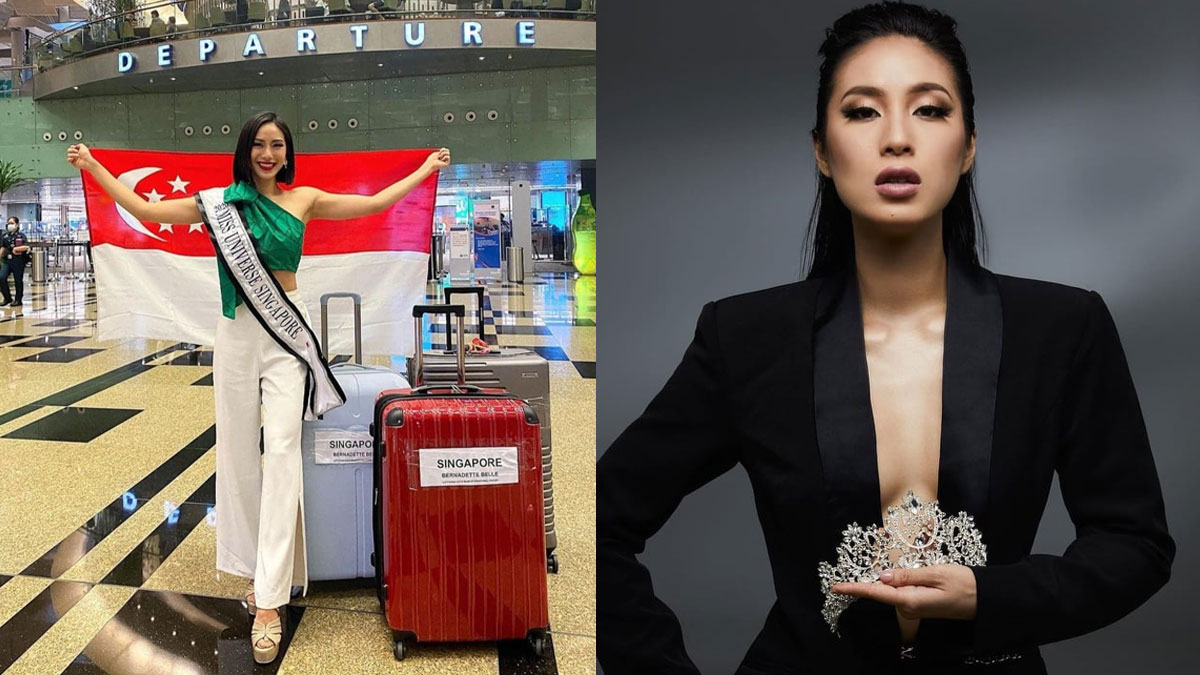 Miss Universe Singapore Bernadette Belle Ong has traveled to Florida, USA for the 69th Miss Universe which will take place on May 16, 2021.

Bernadette is close to the hearts of Filipinos because she was born in the Philippines and lived in our country for ten years so she speaks Tagalog fluently.

Bernadette’s family migrated in 2004 to Singapore and there she had an acting, modeling, and hosting career.

In an interview, she said Filipinos in Singapore encouraged her to join the beauty pageant.

“During my time here, I’ve been able to build a community with Filipinos and having that community, they were the ones who invited me, ‘Oh, go ahead, try Miss Universe,'” Bernadette told Rise. and Shine Pilipinas by PTV.

In 2019, Bernadette was the winner to represent Singapore at Miss Charm, an international beauty pageant in Vietnam. But she did not continue to join Miss Charm due to the coronavirus pandemic.

Blessing in disguise happened because she was offered by the Miss Universe Singapore organization to represent their country in the 69th Miss Universe.

“Since I haven’t competed in Miss Charm yet, I was able to do that,” Bernadette said.

Bernadette’s online training in the Philippines lasted for two months for her participation in the 69th Miss Universe.

5 things not to be said to girls during a conversation

While it is always a score to know all the right things that you should say to a girl, it is equally important to keep a note on what ‘not’ to say. 1. “You’re so attractive; I don’t understand how you’re still single.” You lose all the brownie points that you have gathered in your […]

When we think of cats, most of us have these vivid images of those super cute animals that are well-taken care of and who live happy lives being spoiled and loved by their families. Usually, this association comes from the fact that most of us have either had our own pets or seen others’ (friends, […]