They say that animals choose their owners, and that is very true. Sometimes, we can see reports of people who fell in love with animals who decided to accompany them in different places and others who simply decided to make their homes their home. 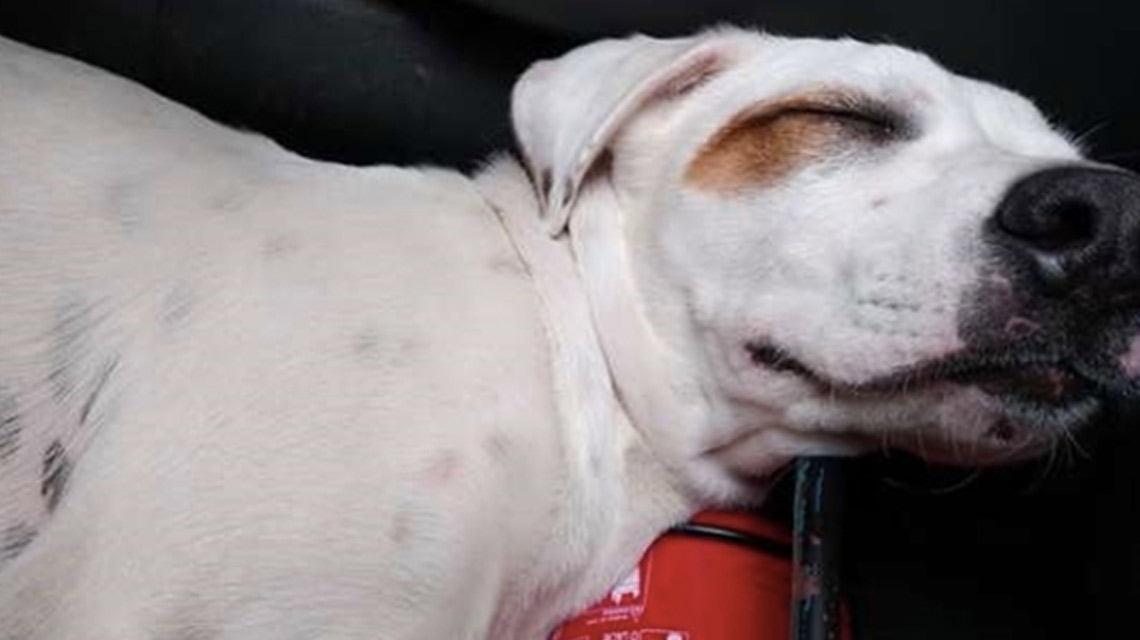 The story of this couple is no different – Rodrigo Coelho and his wife told how everything happened on their social network. It was supposed to be just another day, if it weren’t for the fact that that day, something unusual would happen. The couple had gone to the pharmacy, when they returned to the car Rodrigo’s wife had no reaction when, when opening the door, a dog jumped inside. 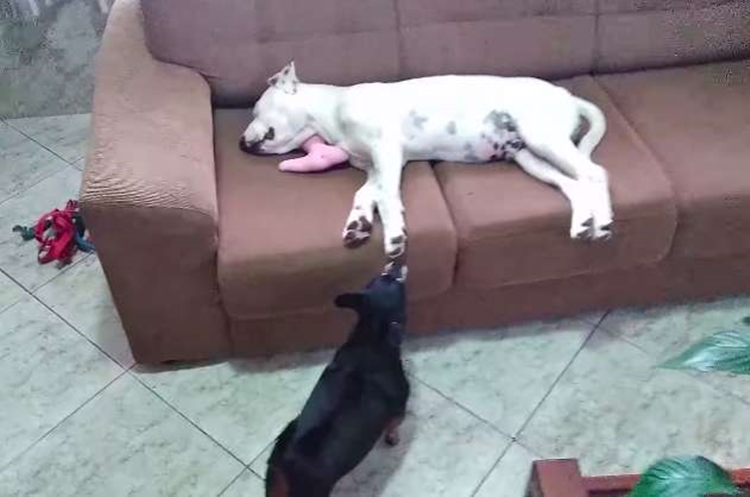 “My wife opened the door to get in [the car] and this dog appeared as if he knew us.” He looked lost and tired, according to Rodrigo, his paws showed how much he had already walked – they were worn out. The two stayed without reaction for a while, but both knew they could not leave him there.

“He sat on the floor of the car and slept,” said Coelho. “He seemed relieved to find a safe place to rest.” 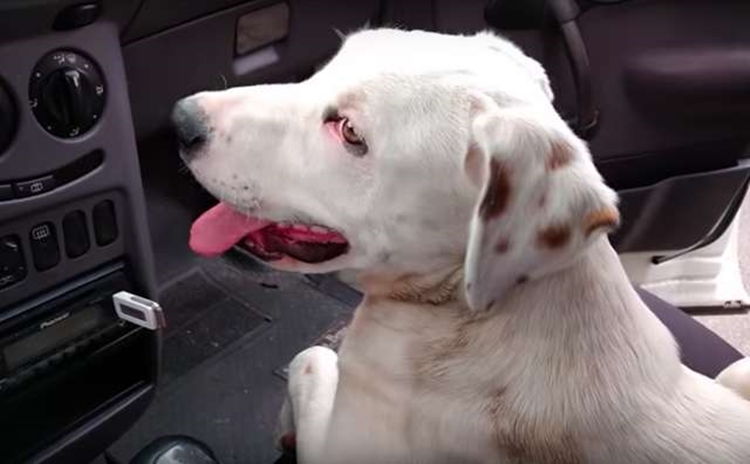 It was then that they decided to take him home, and it seems that the poor dog felt that this was his home. He says he put him on the couch, and there he slept for a while … But when he woke up, he showed his undisciplined side, just like every puppy.
“My dogs were scared because [the dog] is very busy and playful, but there were no fights,” said Coelho. “Soon, he was already familiar with the environment and my other dogs accepted him.”

The end of this story could not be different – the puppy became one of the family members, and when the story went viral on social media, many commented that he had, in fact, chosen the family to be his. 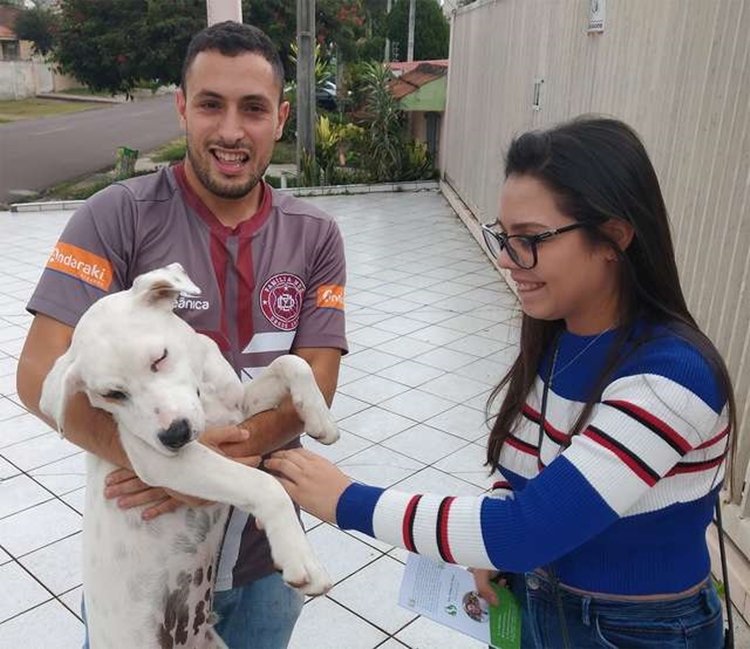 Now called Thor, it is evident that he found the family he needed to receive the love he so badly needed. For Rodrigo, this was the most certain thing he did in his life – “and everything went well”.

Woman Finds Disabled Puppy Abandoned Under Car And Adopts Him

In her spare time, the American Angela Adan works as a volunteer, where she rescues homeless dogs, many of them victims of ill-treatment and almost unspeakable physical violence. In the years of volunteering, she ended up getting used to seeing sad situations that move her heart. Angela rarely cries for the dogs she rescues, as […]