The fire has reached Prípiat, a city in the exclusion zone after the nuclear disaster and around 400 firefighters are working to fight the fire.
For a week, firefighters have been fighting wildfires in the Chernobyl exclusion zone, Ukraine, which continue to destroy everything in their path and cause an increase in radiation. 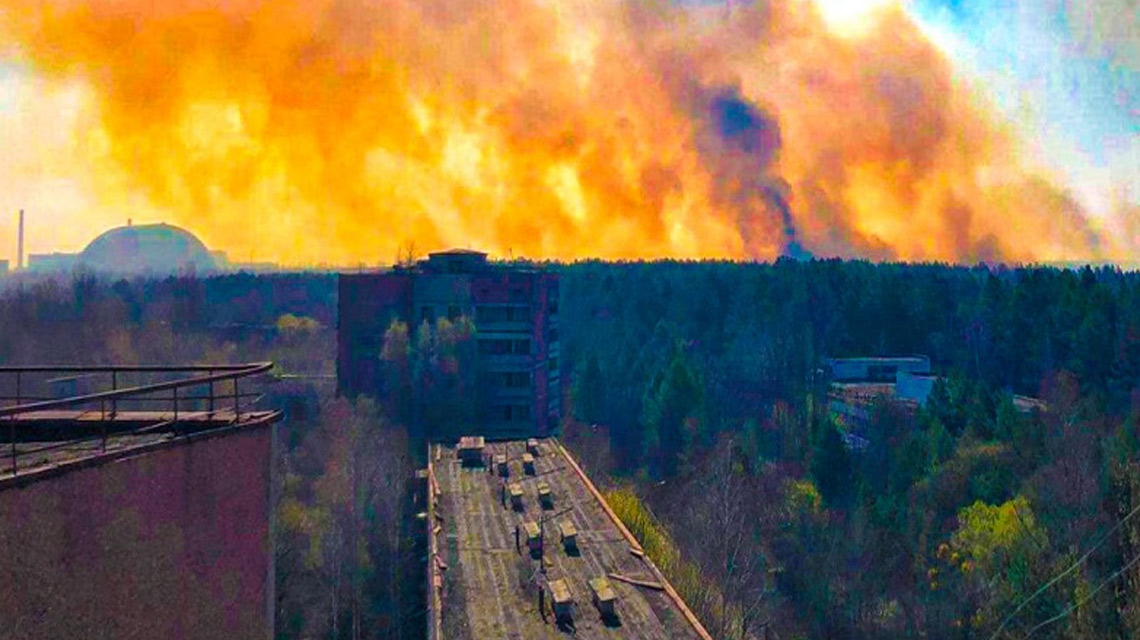 The authorities decided to triple the number of troops sent to the area, who are exposed to radiation, because the fires are burning only 2 kilometers from the radioactive waste deposits, Yaroslav Emeliánenko, a member of the public council of the State Agency for the Management of the Exclusion Zone. 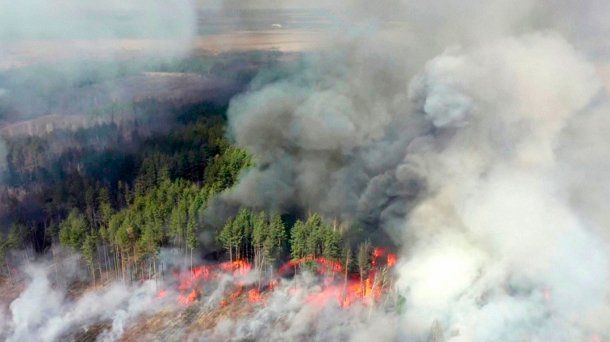 In addition, from the state agency they indicated that “these fires are important because during combustion artificial radionuclides are released into the atmospheric air […] that remained fixed in the vegetation and in the surface layer of the soil, and are transported over considerable distances.”

Although from the State Emergency Service they assure that the radiation level continues to be “admissible”, for the official Egor Firsov -of the Department of the Environment- the fires have caused a significant increase in emissions in the area to a level 16 times above normal. 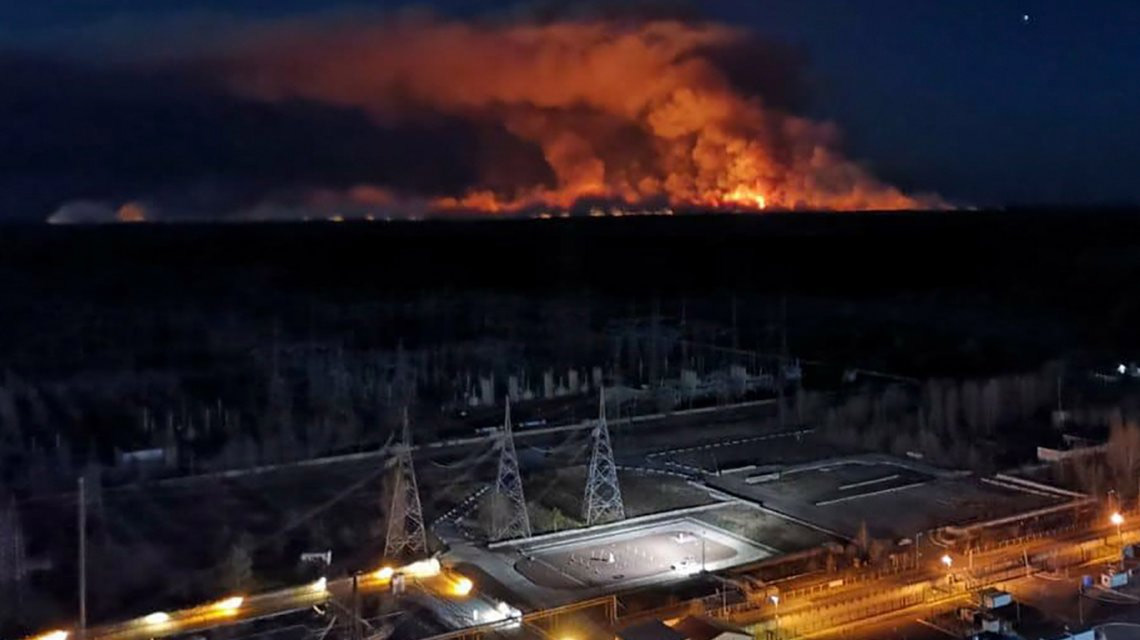 For their part, residents of Kiev, the capital of Ukraine which is located about 135 kilometers from Chernobyl, expressed their concern about the possible radioactive contamination on the town.

Although the national authorities initially considered that the main focus of the fires occurred as a result of the controlled burning carried out by farmers in the area, the authorities are investigating a 27-year-old man who could have caused at least one of the foci.

Experts have warned that toxic fumes could soon sweep vast swaths of Europe from Ukraine, as firefighters struggle to contain the raging wildfires in the Chernobyl Exclusion Zone.

Hundreds of emergency workers have been deployed to fight the flames that have dangerously approached the scene of the notorious 1986 nuclear disaster. Authorities fear that fires could hit abandoned vehicles at the former plant, causing powerful explosions and spreading fumes. toxic throughout the country and the region in general. European countries are also vulnerable, including neighboring Poland, Belarus, Romania, Hungary, Slovakia, and Moldova. as published by www.express.co.uk.

Kateryna Pavlova, a senior official who participated in the firefight, warned that the situation was far from under control.

She said, “At the moment, we cannot say that the fire is contained.”

The Kyiv Post reported that city authorities had been alerted to multiple fires that broke out on peatlands and dry grasslands.

There were no reports of injuries.

More than 300 firefighters and 85 teams have been deployed to stop the flames in the exclusion zone.

Three Antonov aircraft (AN-32P) and two MI-8 helicopters have also been recruited to fall into the water.

More than 250 tons of water have been dumped by planes, the state agency for managing the exclusion zone said.

Authorities took action when the fire started nine days ago.

Last week, police arrested a man on suspicion of starting a fire in the exclusion zone.

The 27-year-old reportedly told investigators he had set fire to grass and trash in three locations “for fun.”

But he said it was not his plan for the small fires to get out of control.

He said that when the winds rose and spread the flames he was unable to extinguish the fires.

Authorities fear that the flames could trigger radiation to the forest floor near the Chernobyl reactors.

The consequences of the fires would be much more serious if the flames reached the old plant, where the worst nuclear disaster in history occurred in April 1986.

The fires occur when Ukraine faces a coronavirus crisis.

A total of 3,102 cases have been confirmed and 93 people have died after testing positive.

Ukraine is one of the poorest countries on the continent.

A war with Russia-backed separatists in the nation’s eastern regions has raged since 2014.

An Open Letter to Young People Planning To Marry Someday

It’s never okay for the person we are considering teaming up with for the rest of our lives to hurt us. Puzzle pieces are cool because they sort of police themselves. Even though several pieces might look like they’ll fit together, they usually don’t, and even if they do, it’s easy to spot the problem […]