Greg Allen’s obsession with finding his missing daughter began more than a decade ago, when the mother finally made good on a threat and fled with the daughter from Texas to Mexico, according to him and authorities.
Sabrina Allen was a month away from turning age 5, and the visit with her non-custodial mother, Dara Marie Llorens, was supposed to last only a weekend in April 2002, as part of a court agreement. 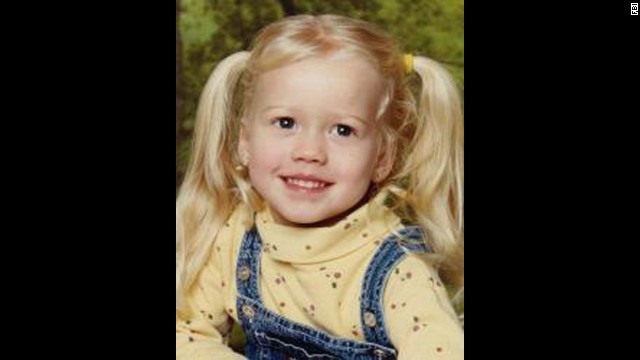 But that weekend visitation in Austin lasted 12 years and finally ended Tuesday, when Mexican and U.S. authorities said they found the girl and her mother living in seclusion in a small apartment in a town between Mexico City and Puebla. The mother will face charges in Travis County, Texas, said Dan Powers, an FBI assistant special agent in charge in San Antonio, Texas.

“People just don’t understand,” he said. “I was accused of overstepping my bounds.”
A confidential informant
On Wednesday, Allen was euphoric over his daughter’s recovery. He learned the news while at the dentist Tuesday and had to rinse his mouth. The police action resulted in a minor injury to a federal Mexican police officer who was involved in the arrest of Llorens, 44, according to Philip Klein, a private investigator retained by Allen.
Llorens was located in Mexico through information from a confidential informant, Klein said.

But Sabrina Allen has been through so much emotional trauma that she isn’t allowed to immediately see her father. She’s in solid physical health but hasn’t been in school for a while, her father said. She is now under the care of a clinical psychologist in Texas.
“I haven’t gotten to see her yet,” Greg Allen said Wednesday.
“She’s in pretty bad shape, from my understanding,” he said, becoming tearful. “She’s just not ready to see me and my family. I hope and pray that’s coming soon, and I can’t predict it.”
He described the 12-year hunt for his daughter as a tormenting odyssey.
“It’s a long road. You don’t know what the outcome is,” Allen said. “I told myself the hardest thing to learn was that I could have a life while looking for her.”
When Sabrina Allen is eventually allowed to reunite with her father, she will discover that she has a new family who has heard so much about her but has never met her: Greg Allen’s new wife and their children.
“We hope to have her home as soon as possible,” Allen said.
How his daughter was taken from him began on April 19, 2002, according to the website dedicated to his once-missing daughter.

A weekend outing
On that day, Llorens allegedly violated a court-ordered child custody agreement and disappeared with her daughter during a scheduled weekend visit, the FBI said in its wanted bulletin for Llorens.
Llorens was supposed to return the daughter to her father two days later. He was the primary guardian, the FBI said.
Sabrina&#39;s mother, Dara Marie Llorens, is accused of interference with child custody.
Sabrina’s mother, Dara Marie Llorens, is accused of interference with child custody.
The father’s website doesn’t specify why the relationship between him and Llorens didn’t work out, but the site alleges that Llorens has a mental illness.
“Dara’s court ordered psychological evaluation indicated that she has a well-established personality disorder, and that she is likely to act in her own interest, instead of Sabrina’s,” the website charges.
Llorens and her attorney couldn’t be immediately reached for comment Wednesday.
On the day Llorens was scheduled to return Sabrina, the mother failed to appear at the pickup site, the FBI said.

Llorens had moved from her residence in north Austin and left a false forwarding address, the father’s website said. Llorens didn’t even contact work when she disappeared with Sabrina Allen, the webpage said.
Warrants and wanted posters
Later that month, a Texas warrant was issued for Llorens, accusing her of interference with child custody, and then a federal warrant was issued in May 2002, charging Llorens with unlawful flight, authorities said.
Llorens even became wanted by the FBI, which published a public bulletin describing her as someone who “may walk with a mild limp” and “may have travelled to Mexico, where she has ties.” On his website, Greg Allen described her as a thin, petite woman who “typically does not keep a job for more than six months” and “may be likely to take a retail sales job.”
Sabrina Allen was listed on the FBI poster as every bit a little girl: 3-foot-6 and 35 pounds, with pierced ears, a mole on her right knee and a small scar on the bridge of her nose.
See a copy of the FBI wanted poster (PDF)
Her father described her as a cheerful child who liked “Barbies, bugs, dress-up, movies, Snow White and Scooby-Doo.”

“Sabrina has many friends and a large, loving family in Austin. She is very dearly missed,” the father’s website says.
The case briefly came to the attention of CNN in November 2002, when host John Walsh of “America’s Most Wanted” appeared on the network.
When Walsh was told that Sabrina Allen had been missing seven months, he said, “We have a chance of getting her back. She was taken by her … mother, and that little girl we may be able to get back. But it’s by pictures … that’s how we get missing children back, by exposure like this.”
Meanwhile, her father pressed authorities and media outlets about his missing daughter. He even posted photo galleries of him and his daughter on the website.
“This is my school picture. My Daddy says, ‘What a big girl,’ ” one photo caption says.
“It’s my fourth birthday. Who says I’m not a princess?” another says.
Trying to hide in Mexico
While his daughter and her mother lived in Mexico, the girl went by “Blanquita,” the diminutive of Blanca, one of the several aliases that Llorens was using, according to the father’s website said. The FBI also alleged that Llorens used many aliases.
Despite the use of Spanish names, the father asserted that his daughter and her mother would not have blended in Mexican society: Lloren’s Spanish was “poor,” and their daughter “does not look at all Hispanic,” the father said on his website.
In fact, Sabrina Allen’s middle name is Fair. 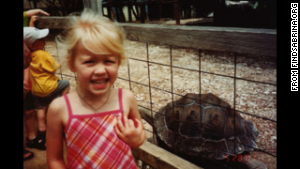 Sabrina Allen at the Austin Zoo.
“It is unlikely that they could hide in a Hispanic community without standing out,” Allen said on his website.
But Sabrina Allen was repeatedly disguised, right down to her eyebrows and eyelashes, which were dyed, as was her hair, the website said.
Sabrina’s natural blonde hair was colored red and other hues on varying occasions, the father’s website said.
As friendly and outgoing as the little girl was, the act of being spirited away imposed an emotional toll on her, the website charges.
“It is reported that she is sometime(s) distant and burdened with the secrets she is being made to keep,” the website said. “It is reported that Sabrina has lost weight and is suffering physically and psychologically.”
At one point, Llorens apparently enrolled her daughter in the preschool Tegui in Colonia del Valle in Mexico City, and Sabrina reportedly learned how to speak Spanish “very well” and to read and write the language, the father’s website said.
A promising moment came for Greg Allen when Sabrina Allen and her mother were spotted in Mexico City, on June 13, 2003.
But they eluded authorities.
It would take 11 more years before authorities finally caught up to Sabrina Allen and her mother.
What now remains to be seen is how much of her father Sabrina Allen remembers — and how much of his great hunt for her she’ll come to fathom.

Miss Universe Singapore Bernadette Belle Ong has traveled to Florida, USA for the 69th Miss Universe which will take place on May 16, 2021. Bernadette is close to the hearts of Filipinos because she was born in the Philippines and lived in our country for ten years so she speaks Tagalog fluently. Bernadette’s family migrated […]