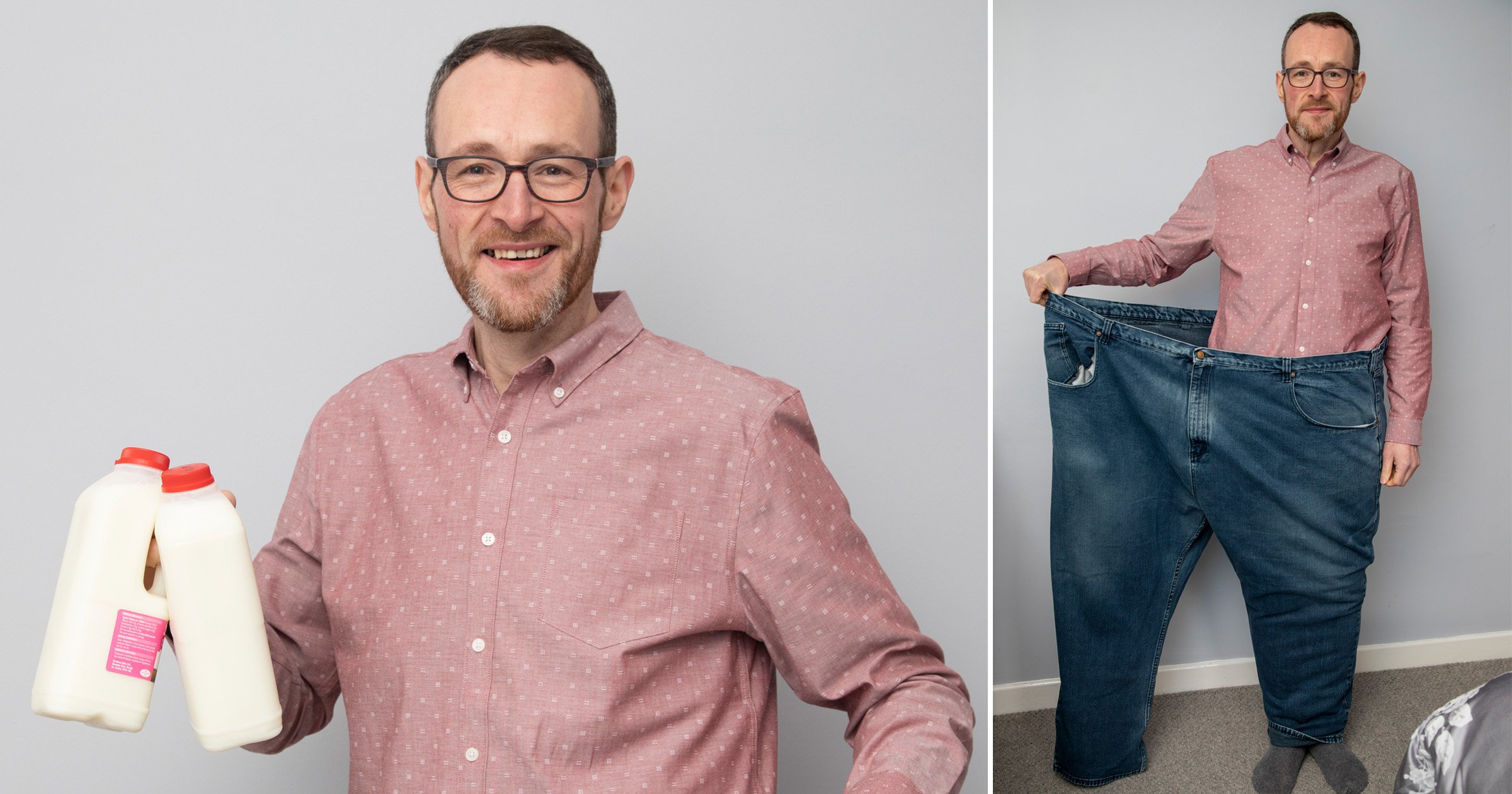 Phil Kayes didn’t know how to cook during his university years, so he took to eating takeaways seven days a week and washed it down with three pints of milk every day.

The 46-year-old from Bangor, Northern Ireland, weighed 37 stone at his heaviest and medics even warned he may be dead by 40.

Phil said: ‘I have always been overweight, I can barely remember a time that I wasn’t, but it was when I went to university that I put a lot of weight on really quickly.

In July 2017, Phil decided to take charge of his health after seeing his mum struggle with cancer.

In three years, he lost a staggering 21 stone and gained confidence.

And in November 2018, he found the love of his life – Nicole Mulholland.

‘I’d drink at least two litres of milk every day – I had enjoyed drinking milk since a young age so when I got home from work milk would be the first thing I would reach for – as well as all of the junk food, and seven takeaways a week.’

Phil had never thought about relationships and resigned to the idea that he’d be single forever. So when he met Nicole, he had a new lease of life.

He said: ‘I’ve met the love of my life and it has given me a renewed purpose and a reason to keep going and stick to my new healthy lifestyle for her.During his uni years where he would down three full-fat milks a day (Picture: Mercury Press & Media)
‘Friends walk past me in the street because they don’t recognise me.

‘I understand because I don’t even recognise myself in the mirror, but it makes me feel amazing.’

PIC FROM MERCURY PRESS (PICTURED PHIL KAYES WITH GIRLFRIEND NICOLE AFTER LOSING WEIGHT) A full fat milk addict resigned to dying alone by 40 after guzzling three and a half pints of the white stuff a day has found love after shifting a colossal 21 stone. Civil servant Phil Kayes, 46, from Belfast, Northern Ireland, ballooned to an enormous 37st 3lbs after falling into bad habits at university, scoffing huge takeaways seven days a week, and thought hed be single forever. But the former singleton, who at his biggest had a 68-inch waist and wore size 8XL clothes, decided to change his ways in July 2017 after medics repeatedly warned him hed be dead by 40. SEE MERCURY PRESS
Phil and his girlfriend Nicole (Picture: Mercury Press & Media)
As a business student in Portsmouth, Phil spent his entire student grant on booze and takeaways.

He said: ‘I didn’t take any notice of how much weight I was putting on, I didn’t even have a set of scales. 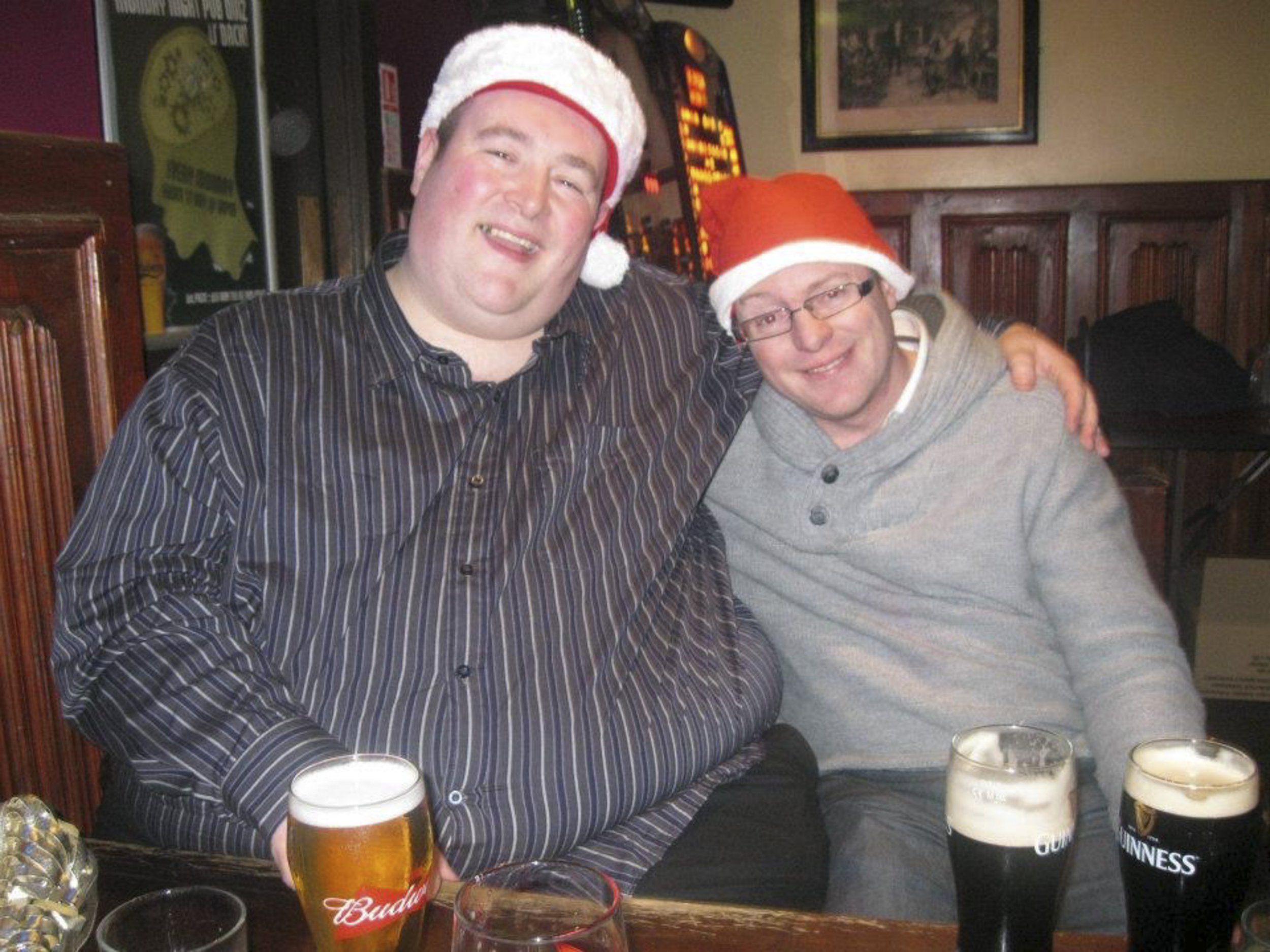 ‘I was having panic attacks about social situations because I knew I was so big and I was conscious that anywhere I went I was the biggest person in the room.

‘I couldn’t stand up for more than an hour because I’d blown the cartilage in my knee from being so heavy.’

Phil after the weightloss with the jeans h 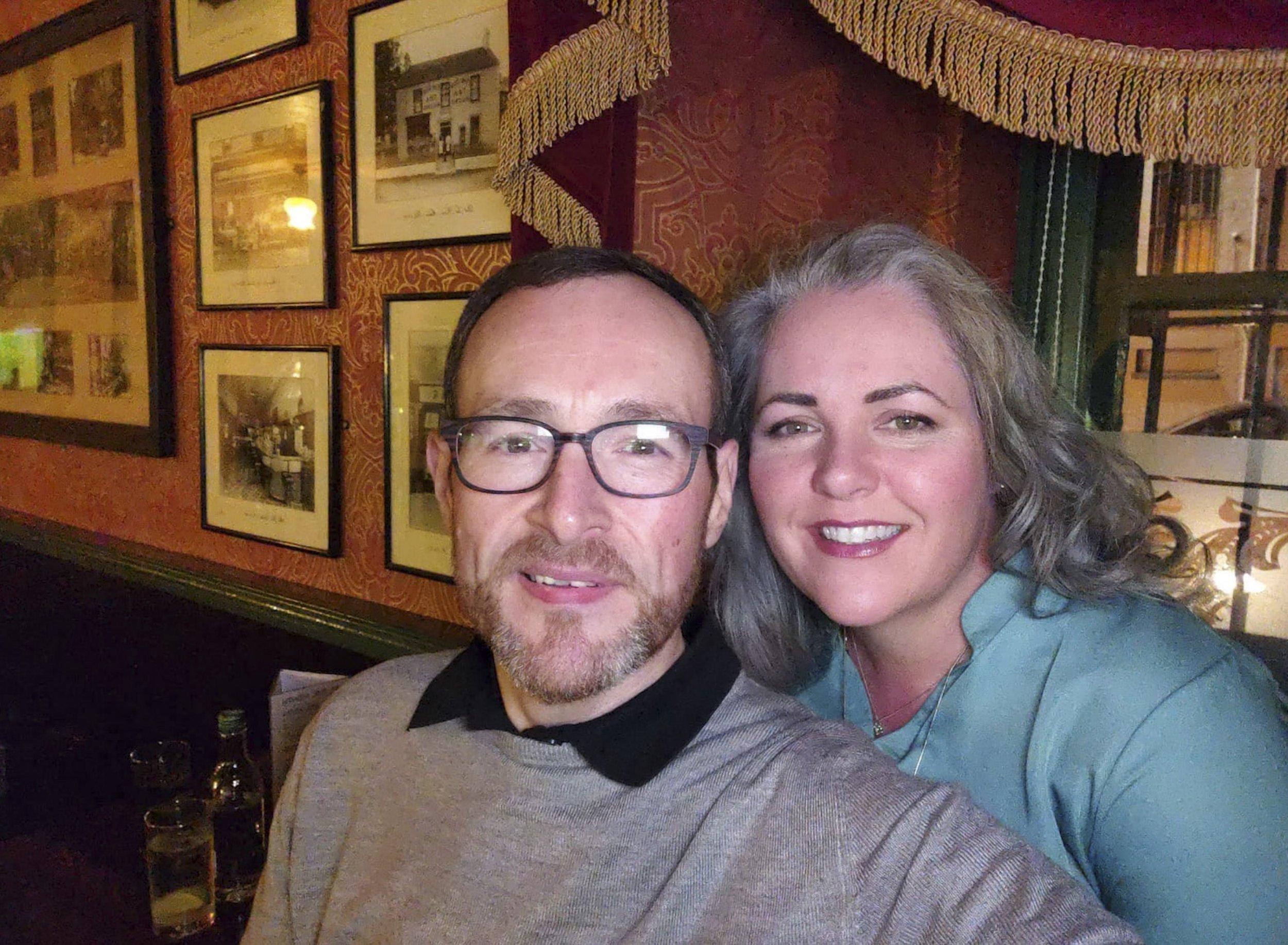 Phil after the weightloss with the jeans he used to wear when he was 37st (Picture: Mercury Press & Media)
After some friends introduced him to Slimming World, Phil cut all junk from his diet, swapping takeaways for homemade meals packed with veg.

By the time his mum Jennifer, 70, had passed away from cancer in October 2017, Phil had already lost five stone and was determined to keep going, swapping his three and a half daily pint of milk for water and sugar-free cordial juices. 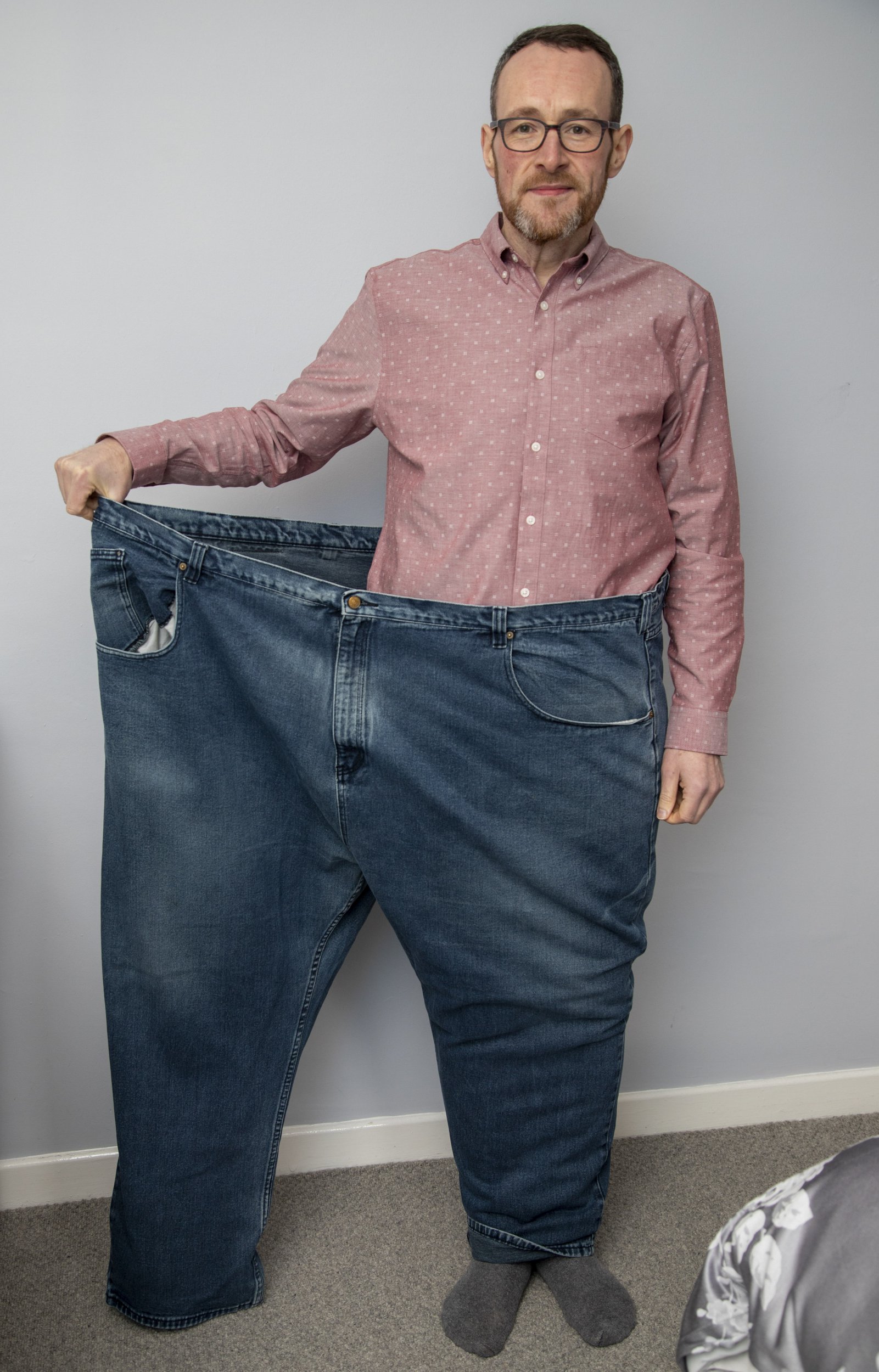 As the weight fell off him, Phil’s outlook changed and he gained newfound confidence with women, meeting Nicole on Bumble in November 2018.

The loved-up couple of 15 months moved in together in February last year and are already planning trips to Spain and Vegas and have even floated the idea of getting married in the future.

Phil said: ‘I feel like I have just started living now at 46. I can’t believe how much my life has changed from accepting that I was going to die alone to living with Nicole.

‘Losing weight was the best decision I have ever made. It has brought me to her and given me a reason to get up and go out and see the world. To have someone to share adventures with has been fantastic.’

Study Shows The More You Hang Out With Your Mom, The Longer She’ll Live

Inviting Grandma over for dinner may actually extend her life-and increase its quality-a new study shows. Researchers at the University of California, San Francisco found that loneliness plays a large role in the decline so often associated with old age. The study followed 1,600 adults, with an average age of 71-despite controlling for socioeconomic status […]