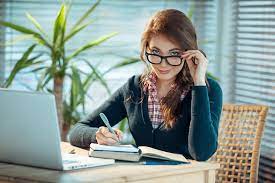 Girls in the first few years of elementary school are less likely than boys to say that their own gender is “really, really smart,” and less likely to opt into a game described as being for super-smart kids, research finds. The study, which appears Thursday in Science, comes amid a push to figure out why women are underrepresented in science, technology, engineering and mathematics, or STEM, fields. One line of research involves stereotypes, and how they might influence academic and career choices.

Andrei Cimpian, a professor of psychology at New York University and an author of the study, says his lab’s previous work showed that women were particularly underrepresented in both STEM and humanities fields whose members thought you needed to be brilliant — that is, to have innate talent — to succeed.

“You might think these stereotypes start in college, but we know from a lot of developmental work that children are incredibly attuned to social signals,” Cimpian says. So they decided to look at kids from ages 5 to 7, the period during which stereotypes seem to start to take hold.

The researchers conducted a series of experiments that included 400 children. In one, they took 96 kids and asked them a series of questions about brilliance and gender. For example, they were told a brief story about a person who was “really, really smart” and then asked to pick the protagonist from four photos, two of men and two of women.

“The surprising thing is that already, by age 6, girls and boys are saying different things,” says Sapna Cheryan, an associate professor of psychology at the University of Washington who wasn’t involved with the research. “Before they’ve heard of physics or computer science they are getting these messages.”

Another experiment showed that even as older girls were less likely to associate their own gender with brilliance, they (correctly) assessed that at their age, girls were more likely to get good grades in school.

The research can’t explain how these messages are getting to kids or how they could be changed, says Cimpian. He is planning a long-term study of young children that would measure environmental factors, including media exposure and parental beliefs. That would give a better idea of what factors predict the emergence of stereotypes, and what levers are available to change attitudes.

‘Hidden Figures’ A Hit With Young Women Of Color Interested in STEM
Research does suggest that role models might “inoculate” women and members of other underrepresented groups. So the movie Hidden Figures, about female African-American mathematicians at NASA during the late 1950s and early 1960s, could inspire girls and teens of color to pursue STEM fields.

But it’s also important to step back and ask what the goal of any intervention should be, says Cheryan.

Girls, after all, were split about evenly in associating brilliance with their gender, she notes. The boys were more likely to make the association with their own gender. So do girls need help in thinking more like the boys, or vice versa? Cimpian says it’s important not to fall into the trap of always assuming it’s the girls who need to change. But he says that girls at this age are usually overwhelmingly positive about their own gender, so any deviation from that baseline may suggest the beginning of negative attitudes.

“Stereotypes are all about who has an innate ability,” says Cimpian. If kids were instead exposed to the idea that success comes not because of fixed ability, but because of hard work over time (a so-called “growth mindset,” the idea developed by Stanford psychologist Carol Dweck,) maybe those stereotypes would lose their punch.

Should We Stop Telling Kids They’re Smart?
Another approach is to change the characterization of the academic fields themselves, namely that certain areas require inborn brilliance rather than hard work.

Kids might also benefit from being exposed early on to fields like engineering, which aren’t typically studied in high school, to demystify them, says Cheryan.

The Most Beautiful Celebrity Couples In The World

A devoted mum is desperate to take her son to Disney World to meet his hero Mickey Mouse before he goes blind. Starbucks barista Mary Ruddy first realised her youngest child, Edward, had vision problems when he was a baby. But it wasn’t until March 2021 that he was diagnosed with retinal dystrophy – a […]

People Have Been Camping Outside Pubs Ahead Of Reopening Today

The thirst for the pub is real in England at the moment, to the point where some people have been camping outside their locals in anticipation of them opening. TikTok user Scott Lowe has decided he’s getting in there first: It’s fair to say that people have been quite excited about the fact that beer […]