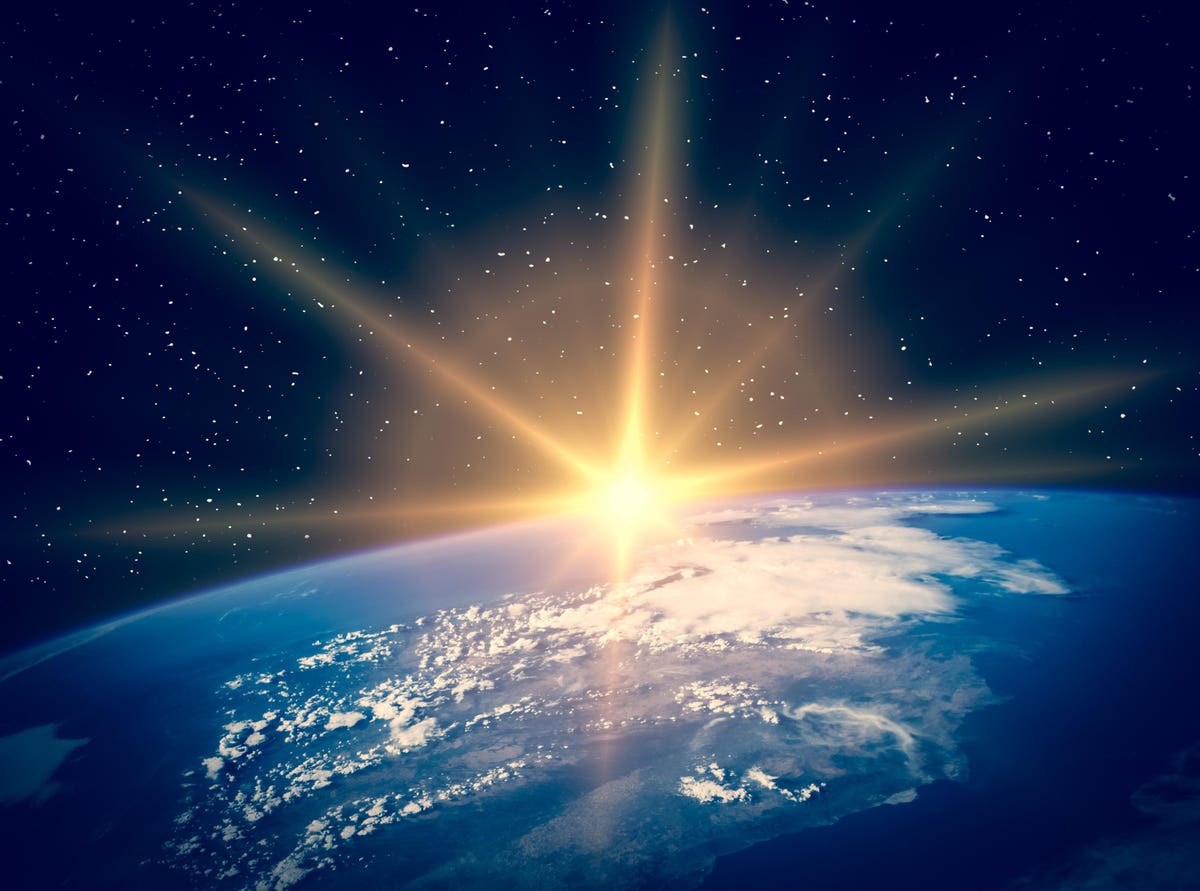 If Earth Suddenly Stopped Spinning
Our atmosphere is rotating at the same rate Earth is spinning: approximately 1050 miles per hour at the equator, with the speed decreasing the further north or south you go from the equator. The rotation is effectively zero at the north and south pole.

If the Earth suddenly stopped rotating, the atmosphere would still continue moving at 1050 miles per hour, and anything not attached to bedrock would be ripped off the surface of the planet. This includes rocks, trees, buildings, people — all thrown sideways at a speed of 1050 mph (at the equator). Could you imagine the oceans being pushed inland with that speed? Oceans would travel approximately 17 miles (28 kilometers) inland in just 60 seconds. Yikes. If you are undergound far enough, such as a subway, or at either pole, you might be okay.

If Earth Gradually Stopped Spinning
You may be thinking that, if Earth gradually stops spinning, we won’t be flung around like rag dolls and everything will be okay. Wrong! It would be a disaster.

Oceans
Our Earth is not a sphere; it is bulbous, meaning it bulges at the equator (Earth is 26 miles larger around the equator than it is from pole to pole), all thanks to its spinning motion. If the Earth gradually slowed, the bulging water from the oceans would begin to move away from the equator towards the poles. Once Earth stopped spinning completely, leaving it as a sphere, the oceans would flood most of Earth leaving one giant megacontinent around the middle of the planet.

Geological Disturbances
Earth is comprised of three main layers — the core, the mantle and the crust. Since each layer is composed of different material, as the Earth’s rotation slows, each layer will slow at a different rate, creating massive friction between the layers. This friction would result in earthquakes where there had never been earthquakes before and enhanced volcanism, especially on the ocean floor. Once earth stopped spinning, the geological disturbances would decrease.

Atmosphere
The atmosphere rotates in sync with the Earth, however with Earth’s rotation slowing, the atmosphere begins to follow the flow of the oceans toward the poles. This flow would eventually lead to air being thicker at the poles and thinner at the equator. There would exist only four spots around the mid-latitudes where humans could survive.

Solar Radiation
Scientists believe that Earth’s magnetic field is formed because of Earth’s rotation and the composition of its core — metallic iron. If the Earth stopped spinning, the magnetic field would disappear leaving us unprotected against the Sun’s harmful ultraviolet radiation and deadly solarwinds.

Length of Day
The length of a year doesn’t change since Earth still rotates around the sun, however if Earth ceased to spin, each day and night would last six months. Could you imagine? This could result in extreme temperatures of 135 and -67 degrees Fahrenheit during the day and night respectively.

Weather
If Earth stopped spinning, the atmosphere would also settle and with it the weather. The weather would become extremely predictable, as it would be controlled only by the sun. It would result in massive storms on the sunny side of the planet.

The Moon
Currently, the rotation of Earth is faster than the moon, which results in the moon slowly moving away from Earth. If the rotation stops, the moon will start to move towards Earth, and it would eventually cause Earth to start rotating again. Unfortunately, the moon would continue to move closer to the Earth until it either collides with it or Earth’s gravity breaks the moon apart.

Although most humans would not survive if the Earth stopped spinning, some people would. Many animals would go extinct, but others would flourish, especially cold water ocean life.

It turns out that Earth’s rotation is, in fact, going to stop spinning one day, but not for billions and billions of years. So don’t worry about it!

Learning From The Prayer Life of Jesus

Isn’t it interesting that out of all the disciples only one of them asked Jesus to teach them to pray? It sometimes seems the church is in a similar situation today regarding prayer. We talk about prayer, we study prayer, we say our prayers, but how many of us actually seek earnestly for God to […]

A Completely New Human Organ Has Just Been Officially Discovered

Last year – although a rather grim one by other measures – was a splendid one for research. From gravitational waves to cooing dinosaurs, we’ve uncovered a lot about the world around us, but as a remarkable new study has revealed, there’s a lot within us we’ve yet to discover too. Writing in The Lancet […]